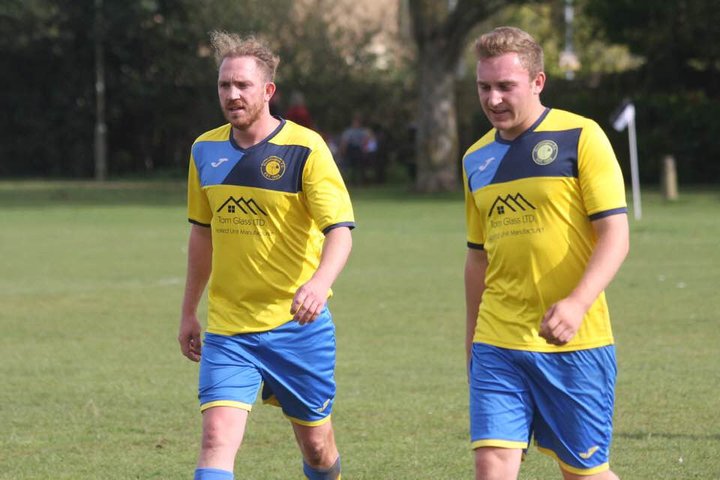 Defending Champions Charlbury were dealt a late blow as they went down 2-1 to Carterton FC in their first fixture of the new season.
Vince Evans had scored for Carterton with Michael Hayes responding for Charlbury before a last minute penalty was awarded to the visiting side. Up stepped Bradley Bryant to slot home from 12 yards to give Carterton FC all three points and maintain their 100% start this year.

Hailey continue to boast a 100% record too as they romped to victory against Carterton Town A. James Sinclair scored for Carterton Town but Hailey came away with the win thanks to Freddie Buckingham, Jack Wood, Tom Gregory, Travis O’Connor and Sam Wheeler.

Stonesfield picked up their first win of the season, and dealt Spartan Rangers their first defeat in return, with a comfortable 4-1 victory. Raffy Rice scored two to get Stonesfield on their way with further goals from Carry Rice and James Little. Harry Thompson scored for the third consecutive game but it only proved to be a consolation for Rangers.

In the battle of the two promoted sides from last season, Minster Lovell Reserves utilised home advantage to see off Hailey Reserves. Josh Edwards scored for Hailey but Seb White and David Souch hit back to send Minster joint top for the end of September.

Witney Royals picked up their first win of the season by dispatching Bourton Rovers at Burwell Meadow. Luke Rippington, Corey Donohoe and Jake Harding were the three players to hit the back of the net as Royals won 3-1. Lee Mosson replied for Bourton.

Ducklington took advantage of Siege FC having players sent off as they recorded a 5-2 away victory. Steven Lazarus and Lee Marsden both saw red during the game to give Duck the numerical advantage and Charlie Fisher’s brace, as well as goals for Sam Duthie, Ady Kew and Harvey Butler gave Ducklington the win. Dave Cross and Liam Carter got the goals for beaten Siege.

Four different players hit the net as Spartan Rangers Reserves continued their impressive return to Division Two with a hard fought victory against Eynsham SSC. Donny Henderson-Sowerby, Daz Craig, Steve Wright and Ben Madley gave Ducklington a four goal half-time lead. Eynsham had the better of the second half as they fought back to halve the deficit. John Ayres and Stephen Chappel both scoring one each but Eynsham could make no further progress and it finished 4-2 to Rangers

Carterton Reserves were awarded a walkover victory against Carterton Town B.

Kingham All Blacks Reserves and Chipping Norton Town both managed to record victories in their first fixtures of the season.
Kingham and Stonesfield Reserves could only be separated by the odd goal in five as they played out a closely fought encounter. Lewis Day would have hoped his double would have been enough for Stonesfield to grab all three points but Kingham went one better thanks to Liam Barnes, Eddy Webb and Dan Davies.
Chipping Norton took advantage of being at home as they overcame Bourton Rovers Reserves by four goals to nil. Jack Knight bagged a brace along with solitary goals for Dan Morgan and Lewis Smith as Chippy took all three points.
Wootton Sports Reserves suffered their second consecutive 1-0 defeat as Aston managed to score the only goal of the game. Aaron Robins proved to be the hero for Aston.
An Aaron French double set FC Mills well on the way to victory as they beat Chadlington Reserves 4-1. Dan Smith and John Chapman scored, with Johnnie Jeffcock replying.

FC Ascott Rangers came out the better of the two in the Ascott derby against FC Ascott. It finished 6-1 to Rangers with Chris Brooksbank the pick of the bunch, a forty yard run finished with a stunning strike into the back of the net as Rangers paved their way to victory.
Milton Reserves and Spartan A could only be separated by one goal but Milton held on for hard earned 3-2 victory. Tom Merchant and a Sean Godfrey own goal put Spartan in the game but William and Woody Colle7ttscored one each for parity and Martin Kraus was the difference maker to give Milton the win.
Hailey A and East Oxford Rangers were also separated by one goal but it was the only goal of the game. Shaun Rowbotham with a rare headed goal was the solitary scorer as East Oxford won 1-0