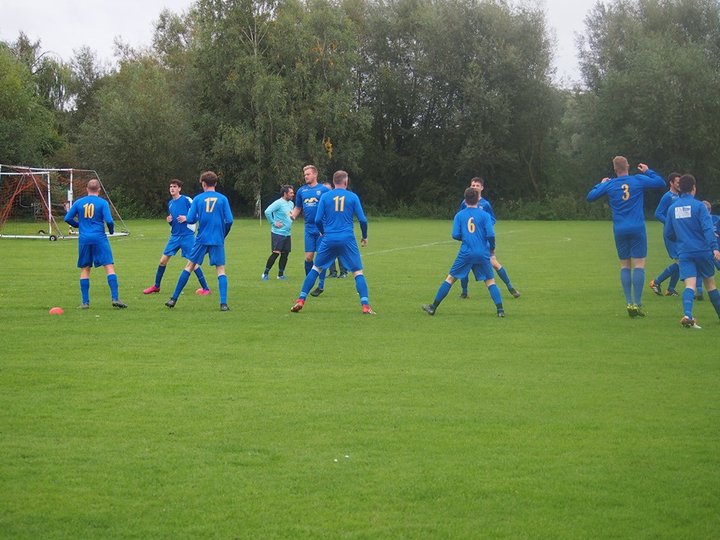 Witney and District sides flexed their superior footballing muscles this weekend as the first round of the John Fathers Junior Shield took place across the county.
Of the 8 played fixtures involving Witney and District sides against sides from outside our local league, 7 sides progressed into the hat for round two, with only one team falling to a team from another league.
Division Three's Bletchington continued their superb early season form with a 6-1 drubbing of Banbury Sports. Chris Thorne managed a brace for Bletchington with Mason Connelly, Luke Brennan, Tom Knox and Joe Brewer also grabbing goals in an easy win.
Premier Division Milton matched that score line in thrashing Kingsmere. The away trip made worthwhile thanks to goals from Jim Littlewood, Stephen Pearce, Alex Ayres and Paddy Collett. Dan Hooton grabbed a brace for himself to see Milton advance.
Carterton FC also endured a long away journey, and a five goal victory in their away game against Finmere. Carl Austin, Matt Knibbs, Alex Stubbs, Brad Bryant and Al Roger's all scored one each in the comfortable 5-0 win.
Division One's Witney Royals managed four without reply against Sinclair United. Miles Roberts, Charlie McEnnis, Corey Donohoe and Luke Rippington helped Royals show they were too good for their opponents on the day.
Fellow Division One side, Chadlington, made light work of Steeple Aston to progress.Alfie Peachey and a Ewan Thomas double gave Chad a 3-0 win.
Jay Mair was a hat-trick hero once again as Hook Norton dispatched SWIS to advance through to the next round. James Ingham also scored in the 4-1 victory.
FC Mills needed extra time and a hat-trick hero of their own to battle past Benson. Dan Smith scored once for Mills and a Carlos Paiva hat-trick helped seal the 4-3 win to out the Division Two side into the second round draw.
Spartan Rangers were the sole casualty for sides who faced external opposition. Losing out by the odd goal in five, Rangers lost 3-2 to Banbury Galaxy. Jon Clarke and Mitch Constable hitting the net for beaten Rangers.
There were four all Witney and District ties in the first round as well. Defending Junior Shield champions Charlbury safely negotiated a potential banana skin by overcoming Division Two’s Eynsham. Sam Stitch's hat-trick did most of the damage with Mark Goode adding a fourth for the 4-0 win.Chris Laurence was another man with three to his name as he helped Bampton defeat Kingham. Dan Paintin also scored for the visitors in a 4-1 win. Dan Davies responded for the hosts but it will be Bampton playing in round two.
Carterton Town A also avoided an upset as they overcame Wootton Sports 3-1. Lee Spencer scored for visiting Wootton as they looked to surprise their Premier Division opponents but a double for Dave Wanless and a Kyle Drummond effort allowed Carterton to advance.
Tower Hill and Minster met in an all Premier Division battle in a game that saw eight goals and six different goal scorers. James Scott and Jesse Lawrence both scored two each for Tower Hill and Minster compounded their issues by conceding an own goal. Jacob Hambidge rounded off the scoring for Tower as they reached six. Minster replied through Mark Norridge and Josh Lock but it proved to be in vain.

Minster Lovell Reserves and Bourton Rovers played out a ten goal thriller at Wash Meadow with the home side prevailing, just, in a 6-4 win.There were hat-tricks for both sides as Ian Wright notched three for Minster and Adam Webley slotted home three for Bourton. Lee Mosson scored Bourton's fourth but Minster saw it home with goals from Harry Puffitt (2) and Josh White.
Hailey Reserves and Enstone played out an entertaining 1-1 draw. Reece Bayliss scored for Enstone but Hailey took a share of the spoils thanks to Darren Tasker's goal and some goalkeeping heroics as well.

A nine goal thriller between Brize Norton and Carterton Town B grabbed the headlines in Division Two as Brize secured an important win, leaving the promoted Division Three champions still winless this season.Richie Graham's double along with goals from Tom Mackenzie-Fenwick and Matthew Queenah looked like giving Town their first points of the season but a Steve Marshall brace and further goals from Ryan Weston, Peter Moore and Joe Henry snatched the three points for Brize.
Carterton Reserves remain at 100% after beating Spartan Rangers Reserves. Nick Brown scored for Spartan but a Liam Aspey brace secured all three points for impressive Carterton.

Just the one game in Division Three, which saw away side Chadlington Reserves defeat hosts Stonesfield Reserves. Shaun Kemp had scored for Stonesfield but a Callum Jefferies double took the three points back to Chadlington.

A Martin Kraus four-timer helped to give Milton Reserves all three points against FC Ascott Rangers. Woody Collett and George Iley also scored to give the Division Fourpace setters the win. Chris Brooksbank and Steve Curran responded for Rangers in the 6-2 reverse.