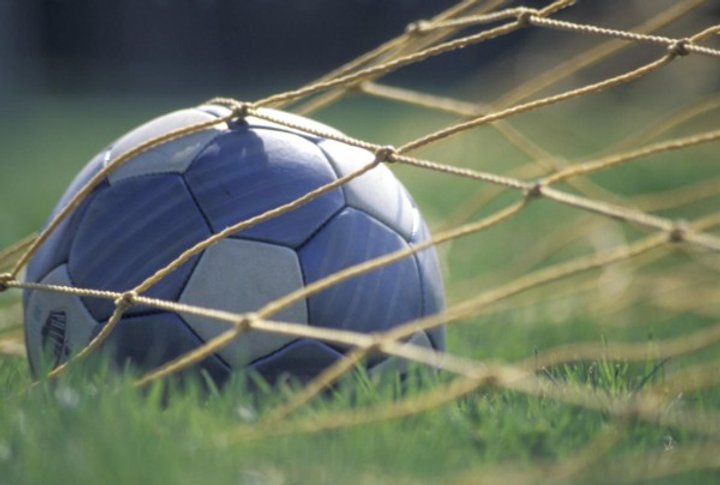 Premier Division
Myles Easton fired in a stunning hat-trick to inspire Carterton Rangers to victory over Minster Lovell. Rangers who suffered a disappointing defeat in last week’s only Premier Division fixture against Enstone, showed a good level of bouncebackability on their visit to Wash Meadow as Easton moved to the top of the Premier Division goal scoring table. Jamie MacDonogh added a fourth for Rangers, who also managed a clean sheet, including a penalty save, as they jumped above Minster in the table with the 4-0 win.

In the battle at the bottom Milton earned their first win of the season against Carterton Town A. Both sides started the game winless this season but Milton prevailed 2-0 on the day. Louis Breaks and Stephen Pearce both scoring once to catapult Milton off the bottom of the league.
Hailey FC moved back into second place in the league with a hard fought win over Stonesfield. Raffy Rice followed on from last week’s hat-trick in the cup with his third league goal of the campaign, but Hailey proved to be too strong as Tom Gregory scored twice and was backed up by Sam Britnell in the 3-1 win.

Hailey are second only to Carterton FC who remain top after a tricky away win over Tower Hill. Tower battled tirelessly in their pursuit of defeating the current league leaders but Carterton’s class shone through as they picked up a 2-0 win. Mark Threlfall scored his fourth goal of the season before Tom Harvey opened up his account for the season to complete the victory.

In the highest scoring game in this division, Charlbury Town and Spartan Rangers shared six goals equally in a 3-3 draw. The game also saw six different goal scorers as both sides cancelled each other out. George Sulik and Rhys Woodward scored hat-tricks in last week’s cup matches for Charlbury and Spartan respectively and both players got in on the action this week too. Josh Sylvester and Mark Goode scored further goals for Charlbury as they hunted their first win of the season but Donny Henderson-Sowerby and Conor Murphy both grabbed a goal each to level the scores and send both teams home with a point.

Division One
Jay Mair scored his third consecutive hat-trick as Hook Norton thrashed lowly Brize Norton to double their advantage at the top of the league. Mair reached eleven league goals in just the fourth game of the campaign with his latest haul. Team mate Josh Hunt moved second in the Division One goal scoring charts after scoring his fifth and sixth goals of the year. Jake Wheeler scored to open his account for the year and there was still time for Dave Hayward to score two as Hook Norton reached eight. Harry Smart scored Brize’s consolation in the 8-1 reverse. Hook Norton are now six points clear at the top.

Bletchington are part of the chasing pack who are six points behind after a close and hard fought victory over Spartan Rangers Reserves. They made a dream start, scoring in just the second minute after Tom Knox bundled home from the first corner of the game. What followed was a game of contrasting styles. Bletchington’s more experienced players trying to get the ball down and play a passing game were often undone by the pacey, exuberant Spartan style.

Spartan had the better of the game for many periods but were ultimately undone by a lack of composure in front of goal and also three top class saves from Bletch keeper Luke Sanders. Whilst it remained at 1-0, Spartan always believed they could grab something from the game but in the 88th minute Joe Brewer scored a decisive second goal to settle Bletch’s nerves and secure the three points.

Kingham All Blacks have their first league win of the season with an excellent 4-0 victory over Wootton Sports. Brothers Dan and Jack Lay both found the net once to put Kingham well on the way to victory. Gaz Price went one better than his team mates to score two to give Kingham all three points.

Division Two
Ducklington moved to the top of division 2 with a hard earned point against promotion rivals Siege.

The home side opened the scoring midway through the first half when Brad Olive unleashed an unstoppable drive from 25 yards which flew into the top corner. Siege however were soon level with Andy Makepiece firing home.

Ducklington regained the lead when they earned a free kick on the half way line, Chris Smith hit it long and it flew over the head of keeper Dave Padfield and struck the bar, then struck the onrushing Tom Costley and went in. But Siege levelled in 1st half injury time, a loose ball fell to Tom West and he calmly lobbed it into the net.

Duck had enough chances at the start of the 2nd half to win the game, but squandered them all. Against the run of play Siege then took the lead, a cross in from the right was heading for West, he seemed to miss his header and the ball hit his knee and went in the far corner. Duck were then camped in the Siege half for the remains of the game trying to force an equaliser and it eventually came in the 92nd minute, Ady Kew, found space and lashed the ball past the flailing Padfield.

Ducklington and Siege weren’t the only sides involved in a six goal thriller as North Leigh and Eynsham SSC shared the same score line as North Leigh earned their first point of the season. Harvey King opened the scoring for North Leigh, only for Stephen Chappell to restore parity. Lewis Hathaway’s strike was sandwiched between Ben Oates’ brace and Gary Brooks equalised once again for North Leigh to complete the scoring.

Bourton Rovers are also off the mark but they managed to secure all three points in an away victory over Cassington Rangers. Henry Smyth and Shaun Rowbotham scored once each for both sides but Bourton held their nerve and found the winner thanks to Rich Morse, helping them jump two league places in the process. Cassington fall to sixth following a second consecutive defeat.

Division Three
Seb White reached double figures for league goals with a brace against Sherbourne Harriers as Bampton United Reserves moved into third place in the league. Such is the congestion within Division Three, Bampton are now level on points with three sides around them as they cruised to a 4-0 win. Joe Paintin and Regan Pritchard scored once each to inflict a miserable afternoon on Sherbourne who remain eighth.

Jack Busby Memorial Trophy
Division Four’s Hook Norton Reserves sprung a small upset in the first round of the Jack Busby Memorial Trophy by ousting Division Three’s Carterton Town B. Despite the difference in leagues, there were only six league places separating the sides at the start of the game. Hook Norton Reserves have their own goal machine (much like the first team) and had Mitchell Faulkner on the scoresheet once again. Further goals from Damian Corbin and Marc Clifton had Hooky soaring towards the quarter finals. Town did manage to get a goal back but it proved to only be a consolation and Hook Norton safely reached the last eight.

Wootton Sports Reserves put aside their disappointing league form to overcome Stonesfield Reserves but required extra time to do so. James Minchin scored for Wootton but his strike was cancelled out by Adam Holmes. The game entered the extra period and Jacob Cooke was able to find the net to prevent the game from reaching penalties.

In another Division Three versus Division Four tie Milton Reserves and Brize Norton Reserves faced off against each other with both sides hoping to reach the last eight. Lee Litton got the away side off the mark and Joe Hatt doubled their advantage to but Brize in charge. Martin Kraus scored to halve the deficit and make the game more tense but Jason Hirshfield scored a third and final goal to complete the upset and put their names in the hat for the next round.

Carterton Reserves walked into the next round without kicking a ball after FC Ascott Reserves forfeited their match before kick-off.