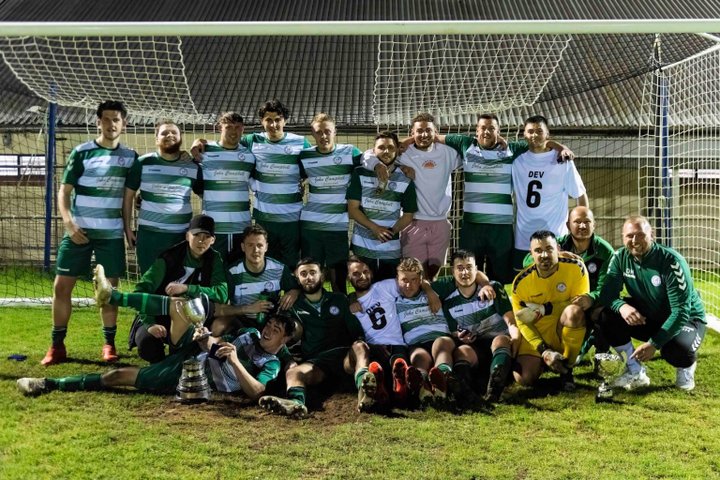 It was a great week for Hailey as their Res lifted the Jack Busby Cup and the 1st's the Fred Ford Cup. 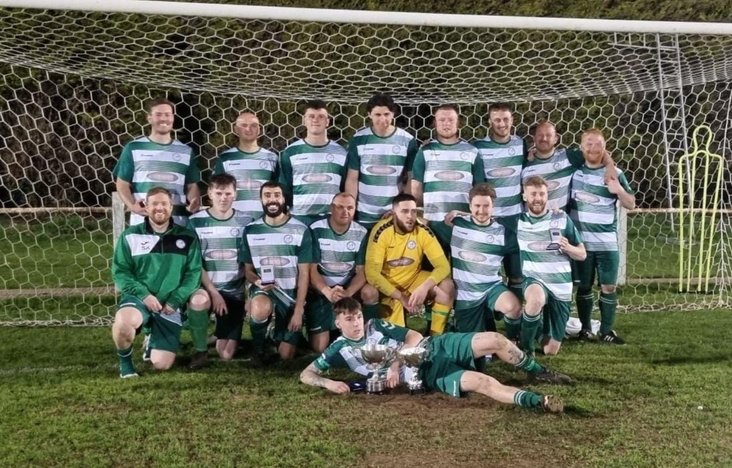 Hailey Res dramatically defeated Kingham Res on penaltys to lift the Jack Busby cup in front of a 200+ crowd at Clanfield.
The game was preceeded by a minutes applause in memory of former Hailey player Ford Davis who died at the weekend after a long illness, sadly he was only 27.

Hailey started much the better side and Moh Semlali and Kieran Fallon both missed reasonable chances. For Kingha, Will Wrenn flashed a header narrowly wide. The opening goal came just before the break. Semlali was put through and slotted past Chris Brain.
The second half was more of the same. Lots of Hailey pressure but the Kingham rearguard were well marshalled by Shane Cooper and Dan Davies.
Hailey should have sealed victory in the final minute but Daniel King, headed wide with the goal at his mercy. From the restart a long ball saw Davies latch onto it and he hit a volley from 35 yards giving Gianni Cascone no chance - cue pandemonium in the Kingham ranks.
But there was more drama to come. in the 94th minute Hailey were awarded a penalty. King stepped up and put his effort wide.

SO we were into penalties. After both sides traded misses we then had batch of perfect penalties then with the score at 11-10 Yusuf Okunade saw his spot kicked saved by Casconne and Hailey were the victors.

The following night it was the turn of the Hailey first team as they played Enstone in their attempt to land a unique five timer.
Again the crowd was well over 200 people with a fair sprinking supporting Enstone. The first half was a cagey affair with little to separate the sides. The best chance fell to Enstone's Connor Peacock bit he headed wide from Reece Bayliss pinpoint corner.
Enstone then dominated the 2nd half, but were unable to gain a breakthrough. Bayliss shot narrowly over, then firstly Kieran Watts and then Nathan Bott hit the posts, with Cody Davies well beaten.
Gradually Hailey got themselves back into the game, Jack Wood who had been quiet up til then pushed further forward and with 85 on the corner, he rose unmarked at the far post to head Freddie Buckingham's cross past Josh Hunt. Then with stoppage time being played and Enstone pushing forward, they were hot on the counter and Joey Aust squared a ball to Nathan Kimber who had an easy tap in from 6 yards.

The final result was probably harsh on Enstone, but Hailey go marching o,