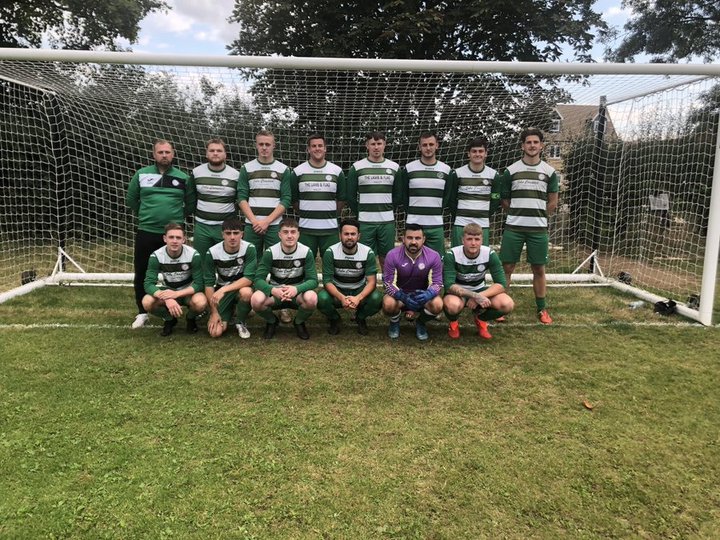 Cassington hosted the first of this seasons groundhop games with Ducklington the visitors. And the visitors walked off the pitch, probably unsure how they did not come away with all 3 points.

It wasn't a game without incident, and Cassington will consider this as a point gained as they soaked up relentless pressure yet somehow escaped with their goal intact. 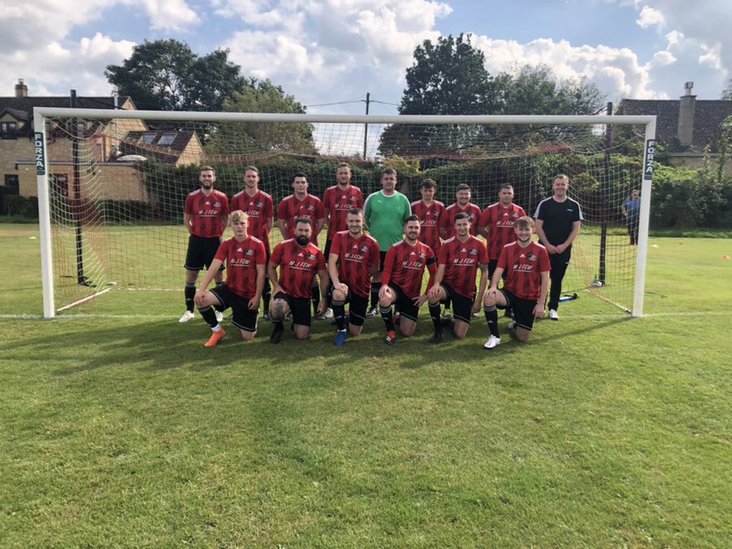 Ducklington created enough chances to win several matches, but were kept at bay by bad luck, bad finishing and some very good goalkeeping. Jamie Harris, hit the post in the first half and
the bar in the second. Ironically the closest other time they got to scoring was when a header was smashed off the line and hit a Cassy defencder smack in the face and missed the post by a matter of inches.

The second game of the day saw Freelabd run out 4-1 winners over Witney Royals. Whilst the home side deserved the points, Royals will be cursing poor finishing as they searched for their first points of the season.
Player manager Ethan Simlett opened the scoring firing hone after a fine cut back from the marauding left back Doug Mingham. Lewis White soon added a second with a powerful header from a corner. In between Robbie Cockroft missed the first of several good chances that on better days would have seen him a bag a hat trick.
Joey Burgess was just as guilty for the home side, seeing two guilt edge kids saved either side of the break by George Lambourne.
Cockroft will winder how in particular he missed one chance at the back post from inside the 6 yard box that ended up in a nearby garden. Almost straight from the restart, Freeland made it 3 as Simlett added his second. Soon after Liam Harris made it 4 cushioning in a lovely header. The score was harsh on Lamburne who had made several good saves and must be one of the best shot stoppers in the league.
Royals did net a consolation late on with Zack Ryall firing home
Freeland made it 2 wins in a row and even it this early stage must be favourite for the title.

The final game The third game of a day can be a step too far, but luckily Hanborough and Hailey provided an entertaining contest that held the attention of the days biggest crowd.

It was a game with a dramatic finale, as Hailey scored late goals to come back from 2-0 down to win. On balance they deserved it, and might have won more routinely had they not missed an early penalty.
Jack Wood normally lethal from the spot, saw his effort palmed around the post by Tom Bennington. Hailey had earlier a goal chalked off for a foul on the keeper and were definitely the better side in the opening exchanges. Then against the run of play Hanboro took the lead, Bennington launched a clearance long and Jack Morton let it bounce before dispatching a half volley into Cody Davies goal.
They doubled their lead after the break with Morton getting his second of the game drilling home a loose ball. With 20 to go that was still the score, but Hailey pulled one back Nathan Kimber finishing a fine passing move.
They were then awarded a second penalty and this tine Freddie Buckingham stepped up and scored.
This set up a grandstand finish and it was the unlikely figure of Cameron Foster who won it for Hailey, prodding home a loose ball from a corner. But that was not the end of the drama in stoppage time Craig Mays thought he had got his side a point but from point blank range Davies produced a magnificent save to earn his side the 3 points.