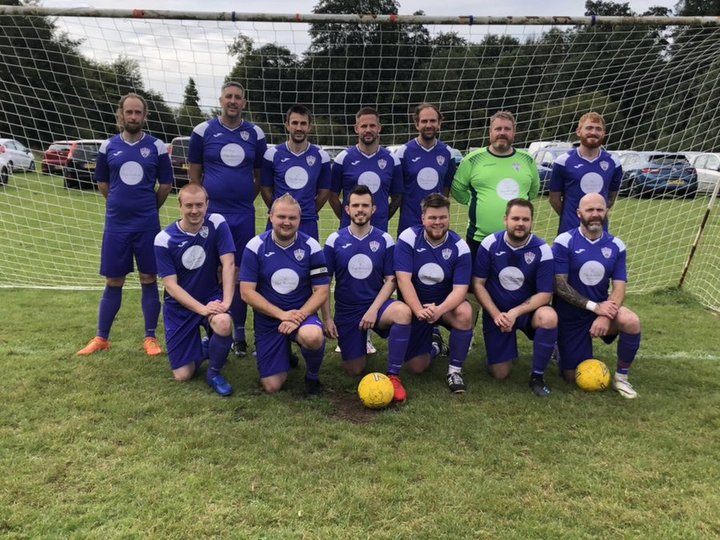 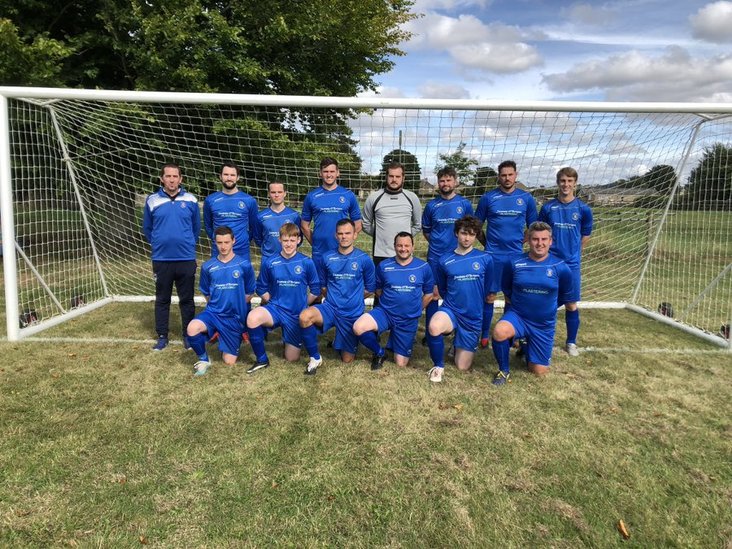 This is Sherborne's 3rd season in the WDFA and they have yet to win back-to-back games but they achieved this on Sunday in front of a large crowd in the days first Groundhop game.

After weathering a bit of early pressure they took the lead when Corey Cullen curled in an exquisite opener from the edge of the box. Hatherop shuold though have been level almost immediatley as they were awarded a penalty, but Ian Hepworth threw himself to his left to keep out Chris Saunders spot kick.
The lead was doubled midday through the half with another great goal. Josh Betteridge played a free kick into Kev Goodwill and he flicked it up and volleyed it past a stranded Dan Newton. But just like after the first goal Hatherop were awarded another penalty, this time James Head gave Hepworth no chance.

Into the second and the visitors were much the better side, a couple of goal mouth scrambles could not see them gain the equaliser, before their standout performer Mason Hathaway tucked away a chance on the edge of the box.
It looked like the visitors would go onto claim the winner, but with 8 minutes remaining a long punt from Hepworth cleared the back lane and Cullen was first to the loose ball and nodded it over the on rushing keeper.
Hatherop then threw the proverbial kitchen sink at Sherborne in search of the equaliser. Hepworth again denied Stweart from close range and in the final seconds a corner was twice kicked off the line,
At the final whistle their were great scenes from the Sherborne players and fans as the celebrated a rare and deserved victory.

The weekend's final game, surprisingly bought the biggest crowd. Perhaps they were out looking for celebs? If so they would have been disappointed lets be honest Gerald Cooper is no David Beckham is he?
This was a local derby the villages are separated by less than 5 miles and between them they have won 43 major trophies including 12 Oxon Junior Shields.

Before the game the sides and all the GRASSHOPPERS held an impeccable minutes silence in memory of the late great Jimmy Greaves.

Kingham had a great chance with the opening minutes but manager Ash Thornton was unable to get a decent connection on an inviting cross. They were made to pay for this soon after as Jarvis Morley poked home a loose ball. The lead was doubled after 20 minutes, Jacob Hazelwood saw his shot turned over by Matt Haynes, but from the corner the gall was only partially cleared and from cross back in Rocky Burton, heaved his muscular frame the highest and powered the ball home.

The second half was surprisingly free of major chances, Haynes produced one excellent block with his feet whilst at the other end, Dan Lay beat Luke Bayliss, but a covering defender was able to clear.
But we were due one final twist in the 89th minute, Jack Lay pulled a ball back to Tom Gustine, to beat Bayliss with the aid of a big deflection.
But that was to be it and Chad comfortably held on.

So that was Groundhop 2 all over. All the feedback from the spectators was positive. We may not be the biggest league that visit on their travels, but i think we get most things just about right and that was reflected in the comments.