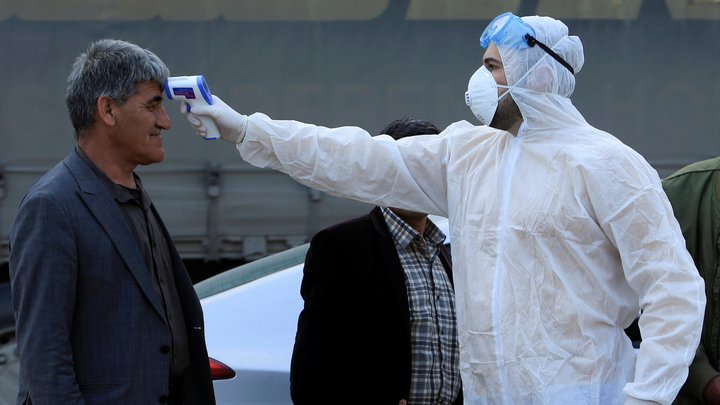 With the elite professionals ordered to refrain from playing football, it was down to the local heroes of the local Witney and District to make all the sporting headlines. With the incredibly unique circumstances surrounding the world and most sporting calendars, the committee for the W&D allowed for fixtures to be fulfilled, where possible. Despite losing seven fixtures either to the weather or the viral pandemic there were still plenty of headlines in the local leagues this weekend.

Mathematically, plenty of teams are still in the hunt for the premier division title but the form book would suggest that only three teams are now capable of winning the title in the top league after Stonesfield thrashed Carterton Town A 6-0 to keep them firmly in the hunt for the league title. Town never got started and had already succumbed to a Carry Rice hat-trick inside 30 minutes as Stonesfield quickly hit their top gears. Raffy Rice also added a double and Carry Rice was denied a fourth by the post only for the rebound to deflect in off a Town player to bring the tally to six. Stonesfield now sit just two points off fixtureless league leaders Carterton FC.

The third side in the hunt are Hailey, who can still take top spot with their current games in hand. They kept up the pace with those above them by seeing off Spartan Rangers. Hailey were made to work for their three points as Spartan Rangers got into the game thanks to goals from Donny Henderson-Sowerby and John Clarke. Spartan’s strikes were cancelled out by a goal each from Luke Manning and Ryan Lewis and both players then hit their second goal each to fire Hailey to a 4-2 victory. Hailey remain third and just three points off top spot.

Bourton Rovers are becoming midweek fixture regulars and took themselves off the bottom of division one with a 4-1 victory over second bottom Kingham All Blacks under the lights on Wednesday night.
In just their second league win of the season Alex Winter got Bourton moving in the right direction with a brace before Dan Lay hit back for Kingham. Bourton pushed further ahead with goals from Josh Hubbard and Jake Maudsley and Bourton saw out the game as 4-1 winners. The defeat for Kingham sees them slip to the bottom of the league.

Things didn’t get much better on Saturday as Kingham slipped to their ninth defeat of the season, this time to Bampton United. Dan Lay scored for the second time in the week for Kingham with Jake Pritchard then scoring for Bampton. In an even contest Bampton proved to be the more clinical in front of goal and strikes from Kieran Colley and Frazer Cooper secured the three points for Bampton United.

Third played fifth as Hailey Reserves faced off against Witney Royals, each playing for the opportunity to apply a bit of pressure on the top two. They finished as they started after Hailey prevailed 4-2. The King brothers Danny and Joel both scored one each before Josh Grant replied for Royals. Cody Davies and Josh Edwards but some breathing space between the two sides and although Ben Hoare got another one back for Royals all three points went to Hailey.

Carterton Reserves are safely into the next round of the Junior Cup after romping to victory over Charlbury Town Reserves at Kilkenny Lane. After keeping their composure last week to secure a 3-1 first leg advantage, there were no close calls this time around as Carterton hit nine without reply. Tommy Burns was the pick of the bunch as he hit four goals. Liam Aspey followed behind him with a brace. Danny Brearley and Joe Langdon both followed up from their goals in the first leg with another single strike each in this game and Jamie Kennedy completed the mauling with goal number nine as Carterton strolled into the quarter finals.

The award for spontaneity goes to Wootton Sports and Hook Norton for hastily rearranged fixture for the lads who were desperate to get a game in. With both sides having lost their original fixtures to illness, they used the power of social media to arrange a league game between themselves. Wootton’s initiative to ask for the fixture looked to have paid off as they took the lead against the league leaders, Karl Guschtscha finding the net for the visitors. After that it was all one-way traffic as Hook Norton moved through the gears, showing why they are indeed the team to catch this season. Max Bayliss scored the equaliser before Jay Mair hit their second. Further goals followed from James Ingham and Max Bayliss before Mair hit his second to round off a 5-1 victory. Hooky now find themselves just three wins away from the division two title.

For the third fixture in a row, Brize Norton and Spartan Rangers played against each other. Spartan, who had beaten Brize 5-0 and 3-2 in the two legged cup affair that had preceded this fixture would have come into this fixture hoping for another victory. But sometimes a team’s greatest lesson can come from defeat rather than victory and so it proved for Brize. Jake Farrugia’s sole goal was the only goal of the game as Brize won 1-0. The three points enough to jump two places in the league and leapfrog Spartan in the process.

In the only tie for the Supplementary Cup this weekend, Milton Reserves hosting Wootton Sports Reserves proved to be a thriller with 10 goals scored between the sides. In a back and forth encounter Chris Stewart was the unfortunate soul to put the ball into both nets. Theo Flatman added a second for Milton but Wootton showed they were to be no pushovers as Aaron Bowerman and Simon Stokes added further goals for Wootton. Milton were looking for a difference maker and found one in Martin Kraus, who was able to find the back of the net four times to draw Milton level and then push them ahead and into the hat for the next round courtesy of the 6-4 win.

Bletchington’s imperious march towards the division three title took another positive step as they vanquished Stonesfield Reserves to move to within seven points of the trophy. There were plenty of familiar names on the scoresheet as Bletchington recorded five different goal scorers in the 7-0 win. Jimmy Deabill and Jamie Hudson both scored a brace each whilst Chris Fennell, Richie Wells and Mason Connelly all added one more each to finish off the scoring.

Aston continue to prolong Bletchington’s pursuit as they also scored a handsome victory in thrashing Witney Royals Reserves 6-1. Alex Murrell got Aston rolling and they were quickly in charge thanks to goals from Aaron Robins and Sam Aston. Kieran McIntosh found the net for Royals but Sam Aston and Aaron Robins both found the net for a second time to move Aston clear, with Shaun Brown adding a sixth to give Aston the three points.

FC Mills missed the opportunity to go joint third after they slipped to defeat against Chadlington Reserves. Matt Waller and Mauro Esteves both got in on the act for Chadlington and whilst Carlos Paiva responded for Mills it wasn’t enough to prevent a 2-1 reverse.

If the people involved with FC Ascott had been told they were going to score four goals away from home this weekend they’d have been dreaming of their first league win of the season but such is their luck this year it was Spartan A managed to prevail by the odd goal in nine in a thrilling game. Neil Mustoe and Steve Kilpatrick got Ascott on the board but were pulled back by goals from Telmo Fernandes and James Macke. Spartan then scored through Macke’s second with Brian George scoring Ascott’s third. Fernandes completed his brace to score Spartan’s fourth and with Liam Robertson notching Ascott’s fourth it seemed that the tie was destined for a point but Ethan Barrett stepped up to find Spartan’s fifth and snatched the three points for Spartan. The three points meant Spartan were able to jump three places into third place. Ascott remain bottom.

East Oxford Rangers are back at the top of division four after a comfortable 5-2 win over Sherbourne Harriers. Marcus Owsnett found the net first for Rangers and further goals from Kieran Peedell and a double for Gareth James put Rangers firmly in control. Josh Betteridge and Dave O’Connell brought Harriers back into the game but a Harriers own goal put the game out of reach and sent Rangers back to the top of the league with just four league games remaining.