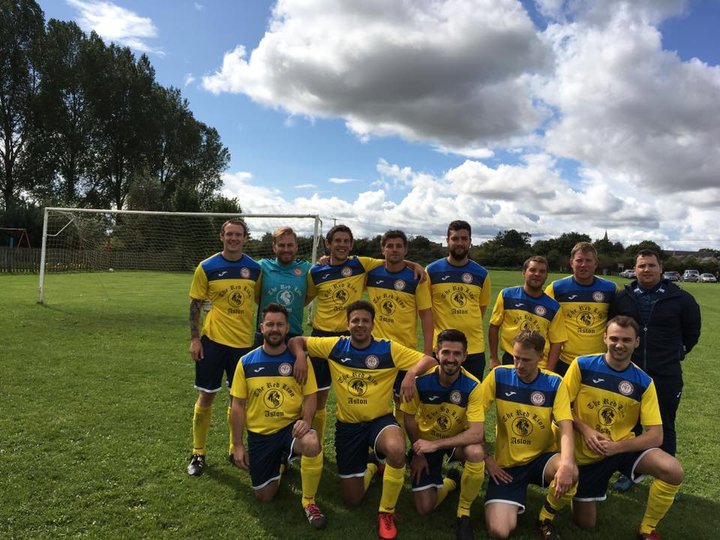 Once again there was a truncated programme in the League and only 2 games in the Premier Division.
Last season’s runner’s up Charlbury Town opened their campaign against Carterton Town A who picked up 3 points last week. It was Charlbury who ran out winners by the off goal in 5. There was a rare Mark Fitzgerald opener for Charlbury to add to strikes from Jack Eley and Stef Lang. Barry Debenham and Martin Wartroba replied for Town.
Hollybush picked up a hard earned point at Chipping Norton. ‘Bush showed up with only the bare 11 as Keeper Matt Howard pulled out late due to an alcohol related injury, forcing centre forward Josh Grant to go between the sticks. He performed manfully letting in only the one from Josh Hunt ands Bush were rewarded when Craig Mays scored an equaliser to make to 4 goals in 2 games. 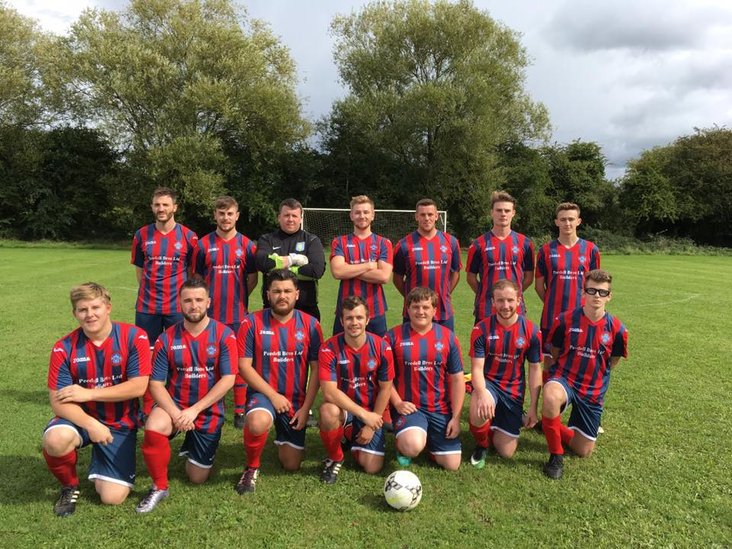 The top game in Division One saw Aston hosting Tower Hill, both sides recorded victories last week. The visitors started much the brighter and it was only the brilliance of Ashley Edwards in the Aston goal that prevented Tower from scoring 4 or 5 in the opening half hour. But even he could not keep out a Lewis Bartlett penalty. Aston got a foothold in the game just before the break when Lee Beer scuffed a shot past Dan Cox. Early in the 2nd half a fine run and shot from left back Jamie Harris restored Tower’s advantage and they still dominated the game. A proper goalmouth scramble saw Aston level 10 mins from the end, with Vince Evans finally scoring after a game of ping pong. Then in the final minute Tower had the chance to win it, they were awarded a second penalty, Bartlett again stepped up and his kick was hard and low to Edwards right, but the keeper made a magnificent save low down.

Tower Hill Stars and FC Nomads and opened their seasons and shared 10 goals in an extraordinary game. Nomads opened the scoring early on, with a splendid goal from Chris Laurence, they went on to add 2 more before Kev Davies pulled a goal back at the interval. Nomads then twice restored the 3 goal lead making it 4-1 and 5-2. Stars then clicked in the second half with Davies scoring 3 more times to add to a Ash Overton equaliser. Laurence completed his hat trick for Nomads with Dave Pryse and Jack Costar also scoring, although they did have James Hookins sent off for 2 yellow cards.

Witney Royals and Milton were also involved in a 10 goal thriller, with the home side winning 6-4. Royals saw several ‘old boys’ returning to the side and 3 of them were on the target, Matt Thompson (3), Dave Cross and Steve Brasier added to a goal from Miles Roberts. For Milton Stephen Pearce scored a brace with Rob James and Will Collett scoring the others.

Brize Norton seemed to have put their problems of the last couple of season’s behind them as they made it 2 wins from 2, thumping Hanborough Res 6-1. Haydn Parker and Gezz Morgan scored twice with Rob Hook and Dan Humm getting the others. Lewis Vaughan scored Hanborough’s consolation.

Bourton Rovers also have a 100% winning start as they defeated last season’s division 3 champions Bletchington 4-0. Danny Way, Harry & Jimmy Larner scored for Bourton who were aided by an own goal as well from Luke Brennan.

Olly Peters scored an injury time penalty winner for Kingham as they defeated Hailey Res 3-2. Peters had also opened the scoring with Dale Norris adding the other. Bradley Snell and Luke Manning replied for Hailey.

A Nick Higgs double was not good enough for Middle Barton to gain all 3 points over Spartan Rangers Res, who hit back to share the points thanks to goals from Matt Swiergon and Alfie Saunders.

The other newly promoted side, Charlbuty Town Res, made a fine start putting 6 past Witney Wanderers. Michael Hayes (2) Jack Mahony, Ryan Healing, Mark Clifton and Brennan Marles all scored for Charlbury, with the prolific Stu Morrison scoring his first of the season for Wanderers, who have now lost both their openers.

Ducklington are the early pace setters in Division 3, but they did it the hard way on Saturday, coming back to defeat Hollybush Res 3-2 after trailing 2-0. Two goals from Chris Hirons, the first an audacious lob, put Hollybush in charge at the break. Duck came out a different side after the break and Courage Nyenya pulled one back before a Dan Stanley screamer leveled things up. Hollybush were then reduced to 9 men with one player going off injured and Ally Laing being dismissed after denying a goal scoring opportunity. Duck pressure finally told as George Townsend raced through to score the winner late on.

Chipping Norton Res made the hop across to Bourton Res to open their season and came back with a gritty 4-3 win. There were 7 different scorers in a see saw game, Rocky Burton, Daryl Soper, Shaun Collins and Tomas Dolezel scored for Chippy with Lee Mosson, Alex Winter and Josh Fielding scoring for Bourton.

The honours were equal in the local derby between FC Mills and Witney Royals Res. Dean Spivey scored for Mills with Shaun Whelan replying.

New boys Siege Res opened their season in convincing style thumping Ascott Rangers 11-0. There were hat tricks for Will Grifiths and Connor Harrison, Billy Evans chipped in with 2 and there were 1 apiece for Nigel Jones, Matt Mills and Sam Thompson.

There was also a hat trick for Adrian Williams for Kingham Res as they also won 3-2, Tom Cartmell hit both the Carterton goals.

Wootton Res made the trip to Bampton Res and snuck all the points winning by the odd goal in 3. Lloyd Hancock scored for the home side, but James Goodwin and Freddie Ballard replied.