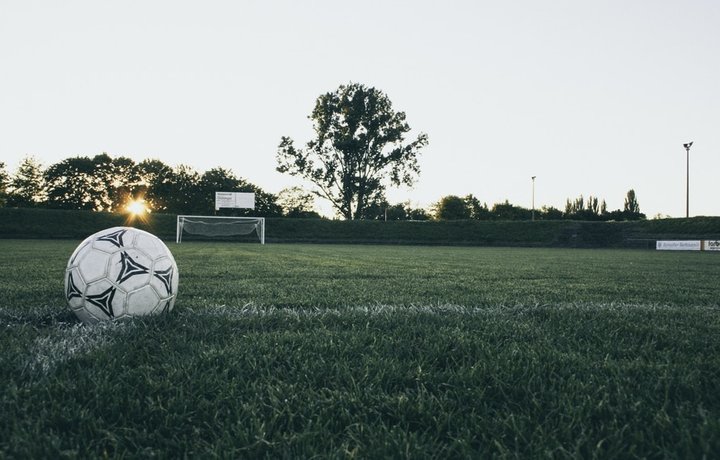 The 2019 / 20 Witney & District season, got off to a low key start with only 11 games across the 5 divisions. But they were plenty of goals and action for the spectators.

There was just the one game in the Premier Division with Tower Hill hosting Carterton Town A. Both sides had new mangers in place and both were missing a few regular starters. So they will probably be happy with a share of the spoils. Luke James was on the mark for Tower, whilst the evergreen Dave Wanless replied for the visitors.

There were 7 goals and 4 bookings in a feisty encounter at Bampton as the home side defeated Bourton Rovers 5-2. Last season's leading marksman Chris Laurence was quick to show his goal scoring prowess has not waned over the summer as he bagged a hat trick. Manager Jake Pritchard and Daniel Paintin added the others. For Bourton Adam Webley and Alex Winter were on target.

Division one new boys started their first season in the division for many years with a deserved 1-1 draw with Witney Royals. After taking a couple of season's off Daniel King announced his return for Hailey with the opening goal, but this was cancelled out by a Miles Roberts strike.

Siege appear to have a forward line that will prove a match for most Division two defences. After falling behind to a Stephen Chappell goal for Eynsham SSC, they hit back scoring 6 unanswered goals. Gez Morgan lead the way with a brace and there were one apiece for Kev Lewis, Andy Makepiece, Sam Thompson and debutant Dave Cross.

Two of the pre-season promotion favourites met in the opening day fixture as Aston hosted Bletchington. Both sides showed a number of changes to last season and the visitors put down a strong marker as they triumphed 7-2. There was a hat trick for Richie Wells and one apiece for Chris Fennell, Michael Trafford, Joe Brewer the returning prodigal son Jimmy Deabill. Nick Angus and Dave Hambridge replied for the hosts.

Bourton Rovers travelled to Witney Royals Res and came away with the 3 points after a fine 5-1 victory. There was a double for Connor Hitchman and one each for Jamie Stroud, Dan Joynes and Andy Tipping. The evergreen Mikey Piper scored his umpteenth goal for Royals, but it was all in vain.

The honour of scoring the opening goal of the league campaign belongs to Nathan Tang of Spartan Rangers A. He found the back of the net after just 17 seconds as they took the lead against new boys Hailey A. The Hailey side featured a number of players who probably won't feature for the A team again this season and it was one of them Devon Wright who thumped home a 20 yard equaliser. Spartan then defended stoutly for great periods of time, especially when the lost Connor Oxendale to the first Sin Bin offence of the season. But their resistance was finally broken with 15 to go, when Wright added his second. There were very further late goals from Moh Semlali and Henry Macke as Hailey ran out 4-1 victors.

The divisions other new boys are Sherbourne Harriers, who have transferred over from the Cirencester League. The opened the season at home to Bampton Res and acquitted themselves well before going down 3-2. Ed Wembridge registered his teams opening two goals, but they were beaten by goals from Steve Newman (2) and Jordan Ford.

Ascott Rangers only managed 2 wins in the whole of last season, one game into this year, they are already half way towards equalling that total as they defeated Brize Norton Res 2-1. Last years keeper Chris Brookbanks, evidently decided that it was more fun playing up front than in goal as he netted twice. Jason Hirshfield scored Brize reply.

Max Sauvagnargues marked his debut for Milton Res with a hat trick as they defeated FC Ascott 5-1. Paddy Collett and John Edwards were also on target for the visitors. Jason Bufton netted the Ascott consolation.

Roll of Honour  Here are this years winners: