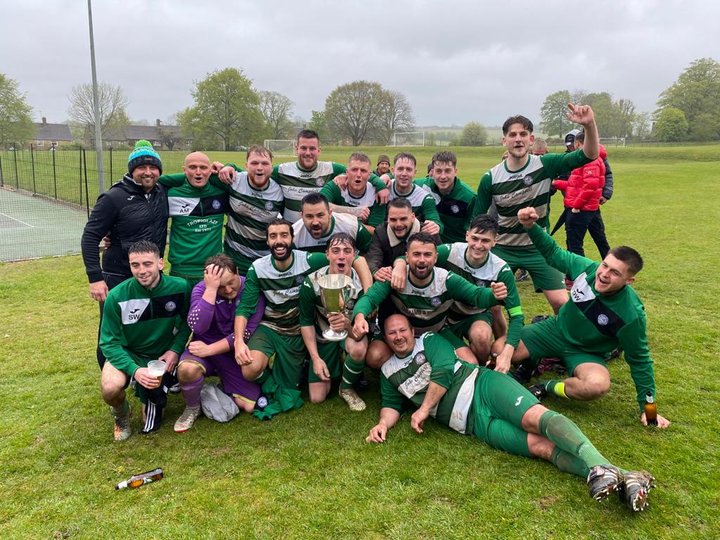 Carterton FC and Hailey have been the dominant forces in Witney and District football over
the Covid period. Both sides had finished both the 2019-2020 and 2020-2021 league
campaigns unbeaten and in the top two positions before Government restrictions brought
things to a close each time.
The revamped Senior Cup competition had finally pitted the two sides against each other,
their league fixture ending in a 1-1 draw, meaning that predictions of how the final would play
out were split evenly amongst both sides.
In cold, wet and windy conditions, good football was hard to come by but both sides tried
their best. The horrible conditions making it tricky on both the ground and in the air, as
chances came and went, it was both defences that stood out on top, keepers Jamie Harris
and Mike Hedges having little to do as the 90 minutes played out to a goalless anti-climax.
Extra time was in order and finally the deadlock was broken, Jason Lonsdale firing home
from inside the area to put Carterton in front before the half-time interval. Carterton would
have hoped to hold on but Mr Hailey himself, Jack Wood, restored parity for Hailey. The
game was heading for penalties when in the last minute of normal time Carterton were
awarded a penalty that would surely decide the game. Charlie Collins was the man to step
up and put the ball down on the spot. Collins took a short run up before tamely firing the ball
towards the bottom right corner. Harris guessed the right way and palmed the ball safely
wide, Collins rooted to the penalty spot, head in hands. Harris recovered the loose ball and
fired the ball up the pitch and as the ball found it’s way into the Carterton box, super sub
Cody Davies had the composure to acrobatically fire the ball home from an overhead kick to
leave Carterton despondent and Hailey jubilant. The full-time whistle sounded shortly after
and as chants of ‘Viva La Hoops’ echoed round Charlbury, the green and whites lifted the
Senior Cup ecstatically as they successfully defend their trop 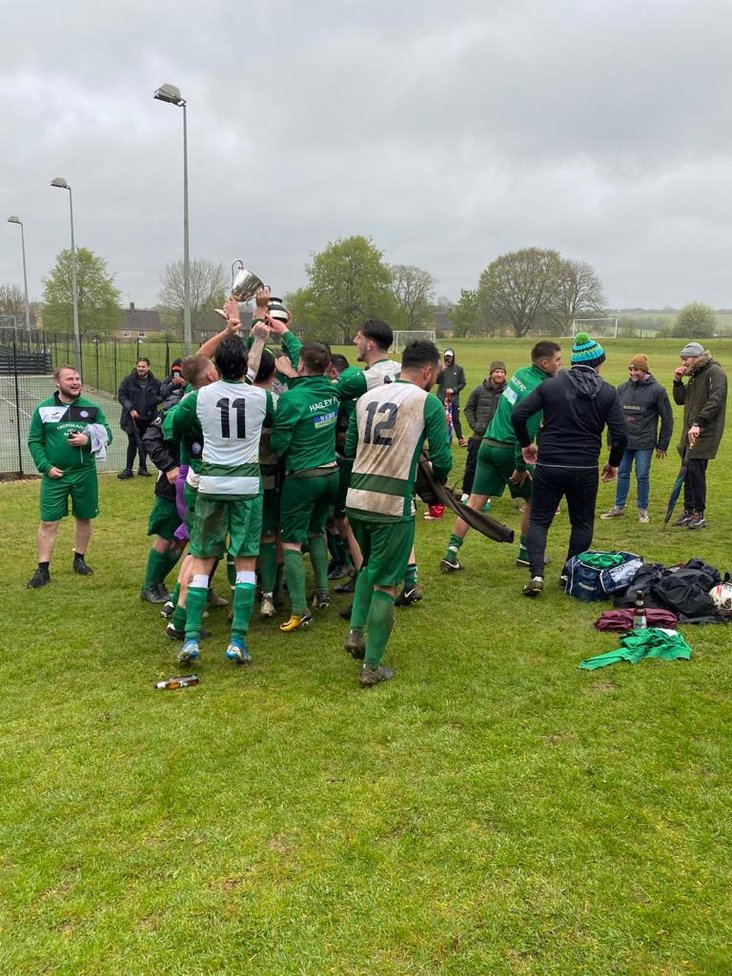