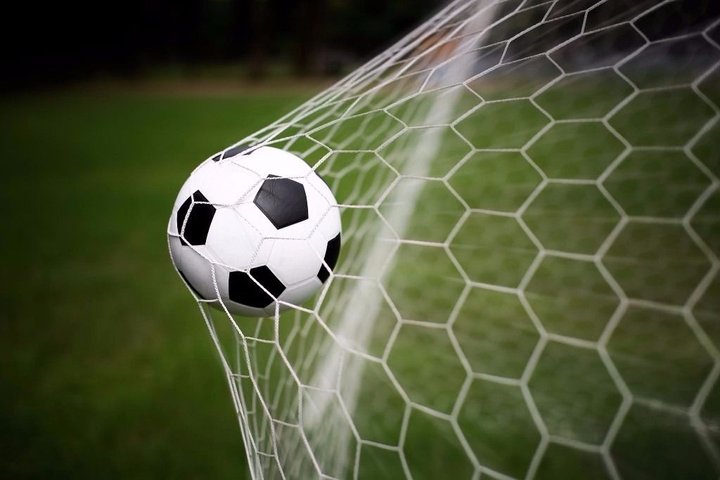 Devon Wright scored twice as Hailey survived a fright on Halloween weekend against
Carterton FC Rangers. Goals from Liam Day and Jamie Macdonogh had Rangers hoping for
something out of the game but Wright’s double along with a single goal for Jack Wood have
Hailey a 3-2 win and stretched their lead at the top to five points.
In the absence of a game for Hanborough, Enstone leapfrogged into second place but
dropped points as they were held to a 1-1 draw by Spartan Rangers. Jamie Gregory’s strike
for Enstone was cancelled out by Steve Wright’s goal for Spartan. The point lifting Spartan
one place and into fifth.
Stonesfield snatched all three points to record their third consecutive home win of the
season, in a dramatic match against Milton. They were two up inside five minutes as Milton
started the game in the worst possible way. Raffy Rice’s quick-fire brace putting Stonesfield
in dreamland. Milton slowly exercised some control on the game and got themselves back to
2-1 thanks to Stephen Pearce’s goal. They restored parity through Will Collett and looked to
have produced an epic comeback win, only for the goal to be ruled out by the officials. Just
as it looked like the points would be shared, Jordan Newman poked the ball home in the 89th
minute to put the home side in a celebratory mood and they held on to break Milton’s hearts.

A seven goal thriller took place at Chadlington as they hosted Freeland. Before the game,
both sides were tied on nine points and with no game for Wootton or Minster Reserves,
victory for either side had the potential to send them top, goal difference dependent.
Together they produced an epic back and forth encounter with both sides clinical in front of
goal. Rocky Burton’s brace and Matt Chadwick’s goal had Chadlington well in the game but
Freeland were able to go one better thanks to goals from Rob Keylock, Joe Burgess, Connor
Allmond and Liam Harris. The three points and one goal victory enough to send them top of
the league.
Bletchington also recorded a one goal victory for their third win of the season as they
overcame Hailey Reserves. Jamie Hudson’s effort was the only goal of the game, the victory
sees Bletch just three points off top spot.
Bampton United received a walkover victory against Brize Norton

The see-saw nature of top spot in division two saw yet another change at the summit this
weekend. No game for Ducklington saw RAF Brize Norton Social take full advantage with a
comfortable 4-0 victory over Aston. For the second game running Dave Wanless bagged a
brace of goals as he helped steer the RAF team to victory. Further goals from Nic Lister and
Tom Dyer sealed the win as Brize took their fifth win in six games.
Combe are just three points off top spot after seeing off Hook Norton Reserves. Hooky are
still winless this season but have begun to score goals in recent weeks, making their
opponents work harder for their victories. It was the same this week as Damien Corbin
struck twice but Combe were more than a match for them. Solomon Maasz matched
Corbin’s double and further goals from Archie Hamilton, Matty Walker and Callum Snook
sealed the win as Combe moved to within three points of top spot.
Fratellos are also one win from top spot after a walkover victory against Carterton.

A plethora of goals in the fourth tier with eighteen goals scored in just three fixtures.
Faringdon Town A staged a stunning fightback to steal all three points against a stunned
Leafield. The on looking spectators were silenced early on as Leafield raced into a three
goal lead.

Gabriel Menezes brace and a Markus Carvalho strike had the Leafield contingent
jubilant on the sidelines. But within the last ten minutes of the first half Faringdon dragged
themselves back into the game. They hit the woodwork with one effort but saw Robbie
Harrington and Derran Harrington score one each to reduce the gap to one at the break.

Taking advantage of the slope in the second half Faringdon scored twice more through Liam
O’Sullivan and Jack Green but Leafield pulled level with Carvalho’s second. As the clock
ticked closer to ninety and a draw looked inevitable, Ryan Bradbury scored to give
Faringdon the win and give themselves a seven point gap to third.

Seven goals between FC Mills and Chadlington Reserves and yet another one goal victory.
Chadlington found the net through Jack Legg, Mauro Esteves and Lee Woodward but Mills
went one better as Stu Cutts and Dean Spivey scored one each and Carlos Peiva’s double
gave Mills their first win of the season.

Just the two goals between Milton Reserves and Wootton Reserves and Milton players
scored at both ends of the pitch in the 1-1 stalemate. Dan Hooton scored at the right end for
Milton but Aaron Denton’s own goal meant a point apiece at full-time.

For the second week running we extend our thoughts and best wishes to an injured player
as Sam Van Tromp suffered a fractured elbow and dislocated shoulder whilst playing in goal
for Kingham, in his first game for the club. In the 32nd minute, Van Tromp was accidentally
stood on by one of his own defenders whilst scrambling for a ball in the box. The game was
abandoned with Faringdon Town B leading 1-0.

Freeland Reserves remain at 100% after earning their seventh win of the season to go five
points clear at the top of the league. Sam Blantz and Tyler Castle both scored for the second
consecutive game with Jerome Carbon scoring a third. Dan Greenall scored a consolation
for Aston but couldn’t prevent the 3-1 reverse.

Witney Royals Reserves inflicted a second home defeat on Sherborne Harriers as they
jumped into second place in the league. The 3-0 win was comfortable enough with goals
coming from Richard Murphy and Corey Donohue (2).

Wins are like buses for Stonesfield Sports Reserves. After five consecutive losses they now
have two wins in a row after beating Spartan Rangers A by the odd goal in seven. James Macke's brace for Spartan was equalled by Eden Rice’s double for Stonesfield and although Joel Graham scored a third for Spartan, Tom Wilson and Neil Barnes scored the extra goals for Stonesfield for win number two.

A first point of the season for Carterton Town FC as they travelled to Leafield Reserves and
battled courageously to earn a 0-0 draw. The point lifts them off the bottom and above
Spartan Rangers A.