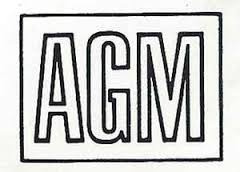 Minutes from the AGM are below

The new President Fred Bellenger welcomed, all clubs, officials and players to the 111st AGM and wished all a successful season for 2018-19.
Sadly former President Bob Watts died at the beginning of last season and the meeting held a minutes silence in his memory.

The previously circulated minutes, were amended to reflect the venue. These were then signed by the Chairman.

Because of illness, there was nothing to report.

These had been received from Tower Hill Res and Hook Norton.
The Management Committee proposed both be accepted.

The proposed league formation that had been previously circulated was accepted by the meeting.

The Chairman Paul Bircher, explained there were no major changes from the FA that affected us this season. However, the league would be moving away from manual registrations for next season and registrations would be managed via Full Time & Whole Game.
Sam Charles of the OFA was on hand and he was able to answer questions raise dby the meeting.
There is also a User Guide available, and clubs were advised that John Smyth has a copy of this if they would like it.

The next issue to be discussed was the matter of Rolling Subs. This has been trialled in the Oxon Junior Shield last season and results were generally positive. A lengthy discussion was had on the subject and at the end of this, clubs were given 4 options to vote upon. It was also agreed, that if any change was made it would be one a one year trial period.

The result of the vote was as follows

Therefore the meeting decided to introduce Rolling Subs across the league next season on a 1 year trial.

Both Leigh Grant and John Smyth ad vised they would be stepping down from the roles as Treasurer and Fixtures Secretary, respectively. Lorraine Grant and Harry Rose were proposed by the Management Committee to replace them and this was agreed.

Adam Hunt indicated his willingness to join the Management Committee.
The committee are as follows

The season to start on 8th September and finish no later than 11th May.

This would be held on Monday 20th August at West Witney 7:30 start.

The Chick Graham award for team Sportsmanship was awarded to Aston Res, who averaged 9.83 per game last season.

The Doug Margetts award for outstanding contribution to WDFA was awarded to Bill and Maria Webster of Carterton Town FC.

There being no further business the meeting closed at 8:25