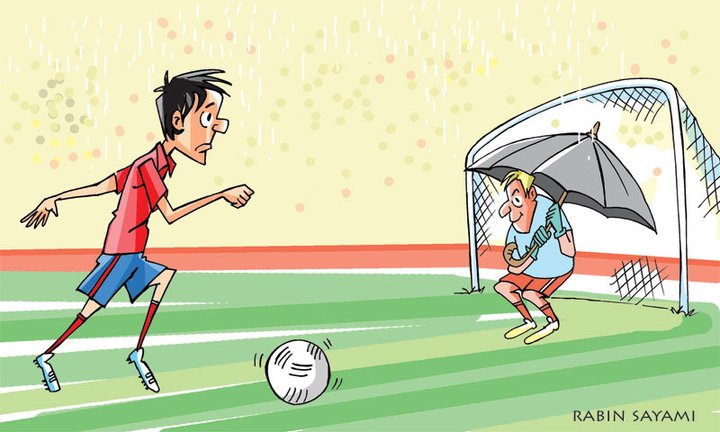 Once again the weather played havoc with the WDFA fixtures. Only 3 of the scheduled 19 games were able to go ahead.

In the Supplementary Cup, Chipping Norton overturned a 2-1 first leg deficit and defeated Kingham Res 4-2 to go through 5-4 on aggregate.
Sub Jack Knight lead the way for Chippy grabbing a brace, with Mikey Roberts and Matt Smith adding the others. A Liam Barnes double was not enough to see Kingham through

In Division one Middle Barton were unable to drag themselves clear of the drop zone as they went down 2-1 to Witney Royals. Playing with a stiff breeze in their favour Royals deservedly lead 1-0 through a Luke Rippington goal. But Barton would have fancied their chances of victory when John Umney scored his 9th goal of the campaign to level things up. But they were hit but a late Royals winner through Ryan Harris.

In Division 4, Spartan Rangers A went goal crazy hitting 9 past Sherborne Harriers. After not scoring all season before his hat trick last week, James Macke did it again scoring three more. There was also a rare double for Ben Allan with the other shared between, Ethan Barrett, Matt Foley, Dan Jeffrey and Telmo Fernandes. Josh Betteridge added two more to his total to make 13 for the season for Sherborne.