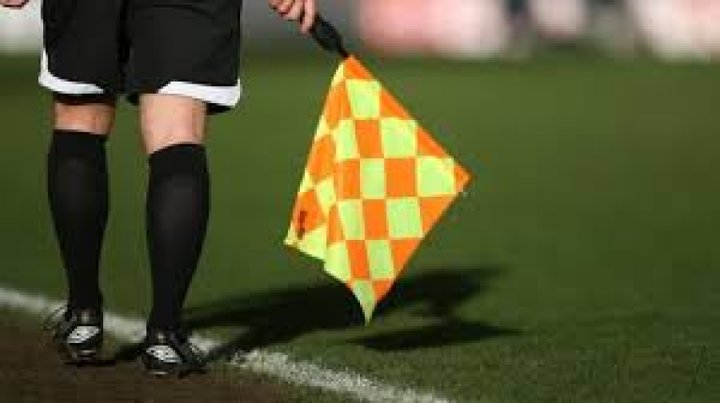 Premier Division
Spartan Rangers survived a courageous Minster fightback to secure their second win of the season. In a crazy back and forth encounter, Minster found themselves ahead after 18 minutes as Rui Alves pounced on a through ball and fired home past the onrushing keeper who was well outside his area. Spartan turned the screw after going behind and scored three times in the next 15 minutes to go 3-1 ahead and leave Minster trailing. However, on the brink of half-time Minster scored from the spot. Craig Wood firing home after Mark Norridge was fouled in the box.

Just 21 seconds into the second half and Spartan were two ahead once again. Kicking off the second half, Spartan quickly found themselves in the Minster box and Josh Walkington slotted home. 15 minutes later it was 5-2 as Walkington grabbed his second, cutting inside on the left hand side of the box and rolling the ball into the far corner. A quick drink break after Spartan’s fifth was just what Minster needed. Within 60 seconds of the restart they were breathing down on the Spartan goal and Ian Wright fired home for 5-3. With 15 minutes to go it was 5-4 as James Scott slotted home but Spartan defended resolutely to hold on until the final whistle and all three points.

With no game for Hailey, Enstone returned to the summit and to winning ways with victory against Carterton FC Rangers. Both teams started the day knowing that victory would put them top and it proved to be Enstone’s day. Damian Williams did score for Rangers but Kieran Watts’ double gave Enstone control and Warwick Tompkins secured the points with Enstone’s third in the 3-1 win.

Stonesfield have their first win of the season after narrowly defeating Charlbury Town. Nick Higgs and James Little scored once each for the visiting side and although Karlson Hoyle pulled one back for Chalrbury, Stonesfield held on for the 2-1 win

Division One
Minster Lovell Reserves still have a 100% record after a stunning second half fightback against Freeland at Wash Meadow. Minster found themselves behind after just 71 seconds after Liam Harris’ stunning volley dipped into the bottom corner.

The battles were evident over the pitch but Freeland continued to look more fluent around the park. They doubled their lead in the 35th minute when in similarly stunning fashion, Connor Almond hit a sweet strike from the edge of the box which flew past Minster keeper Tomasz Mazur. Freeland controlled the tempo for the remainder of the half and went in two ahead.

Minster halved the deficit inside two minutes of the second half starting, Ben Daniels slotting home from inside the six yard box as he pounced on a loose ball. Freeland should have restored their two goal advantage when the ball fell to Jason Lonsdale inside the Minster box but his neat strike was ever so slightly over hit as it just crept over the bar.

It proved to be significant as Minster went up the other end and earned a corner. From it, Dan Brearley rose highest at the front post to nod the ball home and bring the game level. Minster sensing the game was for the taking turned the screw as Freeland began to tire.

The winning goal came with a huge slice of luck though. Ryan Barrass, not for the first time, sprinted past his defender and as he looked to put the ball into the middle of the box, his floating left foot strike drifted over Freeland keeper Luke Bowles head and into the far corner of the net. Freeland hunted for an equaliser which only left Minster more opportunities to extend their lead.

However, both sides were wasteful in their attempts to score the games sixth goal and the game finished 3-2.

Wootton maintained their excellent start with an emphatice 6-2 win over Bampton. It was a breathless first half, which saw both sides net two and miss more. Karl Ware tapped home a loose ball after Michael Steers free kick was only partially saved. The lead was shourt lived as a header back to the keeper was intercepted by Chris Laurence and he nodded it over the keper and in. Connor O'Shea then put the home side in front heading home a corner. Only for Steers to level it up with a powerful 25 yard free kick.
The second half though was one way traffic as Wootton bagged 4 to go top of the table. Jared Smile grabbed a brace with Vince Evans and Craig Gilboy the others.

Hailey Reserves have their first win of the season after edging a seven goal thriller against Chadlington. Scott Perkins, Jack Wood and Nathan Kimber’s brace saw Hailey home but they were made to work as Chadlington fought back to within one goal with strikes from Hans Korge, Jacob Hazelwood and Will Foster. Hailey clung on for the 4-3 win to jump up the table.

Both Brize Norton and Kingham All Blacks have their first point of the season as they cancelled each other out in a 1-1 draw at Brize Rec. Jake Farruigia scoring Brize’s goal with Jack Lay replying for Kingham.

Witney Royals are now the only side in division one without a point as they succumbed to a 3-1 reverse away to Bletchington. They did get on the score sheet thanks to Richard Murphy but Bletchington proved to be too strong and goals from Michael Trafford, Joe Brewer and Matt Bradd’s first goal for the club earned them all three points.

Division Two
Division Two got started early again this weekend as Bourton Rovers hosted Fratellos under the Rissington Road lights again but couldn’t recreate their winning performance from seven days previous as they were thrashed 5-0 on their own turf. Levi Cox and Dave Slattery both grabbed two apiece with Kenny Hawkins firing home the fifth goal.

Five goals also between Spartan Rangers Reserves and Siege FC with the away side prevailing 3-2. Will Watts and Jay Fenwick scored for Rangers but Kev Lewis went one better all by himself, as his hat-trick stole the points for Siege to leave them with two wins from two.

Another 3-2 game in division two as Witney and District new boys Carterton FC started their campaign with a victory over Aston. Kian Wolland, Tom Slater and Matt Hunt all scored once each for Carterton. Lewis Scott’s brace kept the new boys honest but they held on for a maiden victory in the Witney and District.

Cassington Rangers also have their first win of the season, at the fourth time of asking, as they saw off Combe. Having suffered two defeats and escaping with a point last week, two of Rangers’ regular goal scorers fired them onto victory as Jason Blackman and Tyler Walker (2) put Cassington well in control. Matty Walker did score a consolation for Combe but it was only that as Cassington left with maximum points.

Division Three
Dylan Briggs was the hat-trick hero for the second week running as he helped Brize thrash Bampton United Reserves. Brize have scored 13 goals in two games as they put seven past Bampton this week. Joe Hatt followed closely behind Briggs with a double and Richard Duffy also got on the score sheet. Lee Litton scored for the third week running to complete the 7-0 rout.

Two five goal thrillers for division three this week. Hailey A climbed to the summit with a hard fought 3-2 victory over Chadlington Reserves. Tommy Burns scored his first goals for Hailey as he grabbed two for the new leaders. Will Jeffrey scored Hailey’s third to give them the points and top spot in the process.

Leafield and Wootton Sports Reserves also served up a good contest as Leafield won by the same score line as Hailey A. Jack Pease and Tom Reeves both scored once each for hosts Wootton but Hailey went one better thanks to goals from Sean Dennis, James Clater and Kieran Holder.

Milton Reserves have their first win of the season after defeating FC Mills. Ben Thompson got Mills into the game but goals from Duncan Cooper and Dan Hooton gave Milton their first win to leave Mills second bottom and without a point so far.

Division Four
Before last week Sherborne Harriers had never recorded back to back victories in the Witney and District but can now say they’ve strung three wins together with an incredible fightback against Spartan Rangers A. Michael Hole and Tom Merchant had put Spartan in the ascendancy with a two goal lead after 55 minutes but that only served to spark Sherborne into life. Josh Betteridge scored a penalty and then Corey Cullen went and grabbed a quick fire four-timer to help the away side storm to victory and jump to second place in the table.

Hatherop bounced back from defeat to Sherborne last week to subject Witney Royals Reserves to their first defeat of the season. Ben Horne scored for a second consecutive week for Royals but Richard Stearn and David Legg’s goals gave Hatherop a 2-1 win which was enough to put them top.

Leafield Reserves grabbed a second win, leaving the top seven sides separated by just three points, in a congested bottom league. Their home victory over Stonesfield Reserves left the away side without a point in eleventh as Leafield rose to seventh. Adam Holmes and Eden Rice’s goals would have left Stonesfield with hopes of at least a point and whilst Brandon Laing’s double restored parity Brian Wright’s goal grabbed the points for the hosts in a 3-2 win.

Freeland Reserves defeated Carterton Town FC to leave them bottom still searching for their first win of the season. Faringdon Town B received a walkover victory against Kingham Reserves.