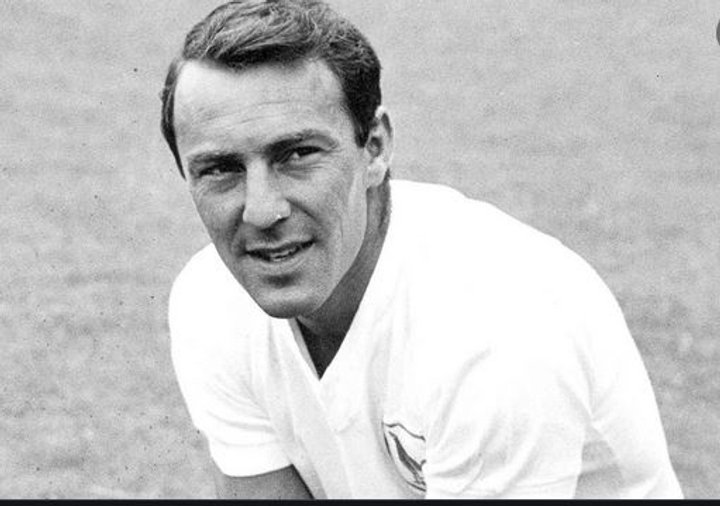 Premier Division
Away from the Groundhop action, Jay Mair is back to his goal scoring ways as his hat-trick helped Hook Norton to their first win of the season. After back to back defeats, Hooky welcomed Mair’s triple strike with Max Harris adding a fourth to put the icing on the cake. Carry Rice hit back for Stonesfield but it barely made a dent in Hooky’s progress.

Charlbury defended as though their lives depended on it to see off a determined Enstone side. Enstone, who romped to victory last week to storm to the top of the league, saw attack after attack fended off by the hearty Charlbury back line. Charlbury only mustered a handful of attacks but managed to profit from two of them as James Robertson grabbed an all-important brace. Enstone fired one back through Nathan Bott but could do nothing more to break Charlbury’s resolve and the visitors escaped with all three points for an opening fixture victory.

Another first win of the season, another hat-trick scorer as newly located Carterton FC Rangers stormed to victory against Spartan Rangers. Evergreen John Andrews got Spartan on the scoresheet but Carterton found the net through Ryan Clish and Adam Lee before Alex Berrow’s hat-trick gave daylight to the away side with the game finishing 5-1.

Division One
Bampton kept pace with the leading pack by dismantling Hailey Reserves on Saturday afternoon. With Freeland busy winning their Groundhop game, Wootton and Minster Reserves on a week off, Bampton had to win to join them all on 6 points and did so with ease. Four different goal scorers got in on the act with Chris Laurence scoring twice, Jordan Day and Conor O’Shea opened their accounts for the season and Seb White grabbed his second of the season to complete the rout.

Bletchington condemned Brize Norton to their third straight defeat of the season as they finally got their season off to winning ways. After a difficult opening defeat Bletchington came good at the second time of asking, managing to turn their goal difference positive in the process. They came out 4-1 winners thanks to Mason Connelly and Joe Brewer both scoring twice each, Jon White’s consolation for Brize was only that at full time.

Division Two
Division Two got started early this weekend as Bourton Rovers hosted Hook Norton Reserves under the Rissington Road floodlights on Friday night. A scintillating end-to-end encounter left the watching crowd thoroughly entertained. A pacy first half was highlighted by a stellar performance from Lewis Harrison who made four great saves from Jake Maudsley and Matt Winter. It took just 90 seconds for Winter to break the deadlock in the second period, capitalising on a poor back pass and sliding the ball past the onrushing Harrison. Winter doubled his tally ten minutes later. Harrison rushed out of his box to clear a through ball but mishit his clearance into the path of Winter who showed all the composure in the world to lob everyone from 25 yards out and get the home fans cheering.

Bourton remained two ahead thanks to their own heroic keeper, Ashley Nuttall, who saved at point blank range from Mitch Faulkner’s strike. Dalton Cooper then secured the points for Bourton as he curled a well-placed shot into the net off the underside of the bar. Hooky eventually got on the scoresheet as Faulkner made amends with a cute flick on a loose ball in the box and got one back, which was no less than they deserved. Hooky tried to reduce the deficit further but couldn’t create a clear chance and the match ended 3-1, giving Bourton two wins from two.

RAF Brize Norton Social are also at 100% with their biggest win in their early life as a football club. They hosted Spartan Rangers Reserves at the RAF base with familiar names getting on the scoresheet for the win. Michael Flavell was the hero as he scored three to guide the home side to victory. Rangers hit back through Daz Craig and Harvey Alder but further goals from Philip Kenyon, Wes Christian and Nathan Nyenya gave RAF Brize Norton a 6-2 win.

A five goal thriller at Aston as Aston hosted Combe with both sides looking for their first win of the year. For the third week in a row Aston managed to lose by one goal, as Combe took the points with a 3-2 win. Cairo Cuss scored his second of the season but Matty Walker’s double gave Combe the lead. Charlie Ibbotson gave Combe some breathing space and whilst Sam Aston reduced the gap to one, Combe held on for the win.

Division Three
Four games in Division Three this week and an astonishing 32 goals scored across the division, with each winning team scoring no less than five to claim victory. Early pace setters Faringdon Town A claimed victory by smashing eight past Bampton United Reserves. Richard Evans scored for the third week running to get Faringdon going and further goals followed from Adam Finney, Jamie Arlott, Liam O’Sullivan and Ronnie Platt. Robbie Harrington grabbed the plaudits with his hat-trick, equalling Evans’ feat of scoring for the third week running as the game finished 8-0.

Hailey A are in hot pursuit, trailing only on goal difference, as they also maintained their 100% start to the season. Another goal scoring Evans, this one called Bradley, set Hailey well on the way to victory with two for himself. Midfield maestro Darren Tasker got in on the action as well and there was still time for Karl Smith to slot one home and for Lewis Mills to grab his first goal for the club. Lewis Simons did add some respect to the scoreline from hosts Wootton Sports point of view as he scored twice but couldn’t prevent defeat in the 5-2 reverse.

Dylan Briggs fired in a hat-trick for Brize Norton Reserves as they recorded their first win of the season against FC Mills. Darren Smith, Dean Spivey and Dan Hedges all scored once for Mills to put three on the board for the away side but further goals for Alfie Gardiner, Lee Litton and Jacob Hambridge put Brize well clear and they finished 6-3 winners.

Eynsham SSC had a back and forth encounter for the second week running but ended up on the losing side this week as they were defeated 5-3 by Chadlington Reserves. Mauro Esteves and Cam Hannington scored for Chadlington before Chris Baldwin pulled one back. Brin Mayne restored Chadlington’s two goal lead, only for Ben Oates to grab one back for Eynsham. Sam Coles scored a brace for Chadlington to finally give them some breathing space and although Baldwin scored a second it wasn’t enough to rescue a point for Eynsham.

Division Four
Five teams are tied on six points in the early battle to climb out of division four. Witney Royals Reserves lead the pack thanks to a superior goal difference after squeezing past Stonesfield Sports Reserves. Ben Horne and Tom Wilson traded goals for Royals and Stonesfield respectively before Damilola Famikin scored the winner for Royals to send them top.

Aston Reserves recorded back to back victories to join the chasing pack also on six points. Despite Jayden Chapple’s goal for Spartan Rangers A, Aston came through for a comfortable victory. Neil Cooley followed on from his hat-trick last weekend to score two more this week and was joined on the scoresheet by team mates Alex Murrell and player/manager Jack Goodchild to secure the three points sending them third.

Faringdon Town B returned to winning ways against winless Carterton Town FC. A good performance combined with goals from Lucien Ghimpu and Brodie Maplefort saw Faringdon home and also onto the train of teams on six points (see the Groundhop II report to find out how Sherborne and Hatherop played out).

The final mention of this week’s report goes to Leafield Reserves who were one of many teams to record their first win of the season this week. Like Faringdon, they bounced back from a heavy defeat last week to see off Kingham Reserves in a seven goal thriller. Both sides benefitted from their first teams having the day off and the goals flowed freely between both sides. Chris Godfrey scored twice for Kingham but he was matched by Liam Barnes’ double for Kingham. Dan Lay grabbed a third for Kingham but Leafield rallied with goals from Mark Hillier and Brandon Laing to secure the three points.