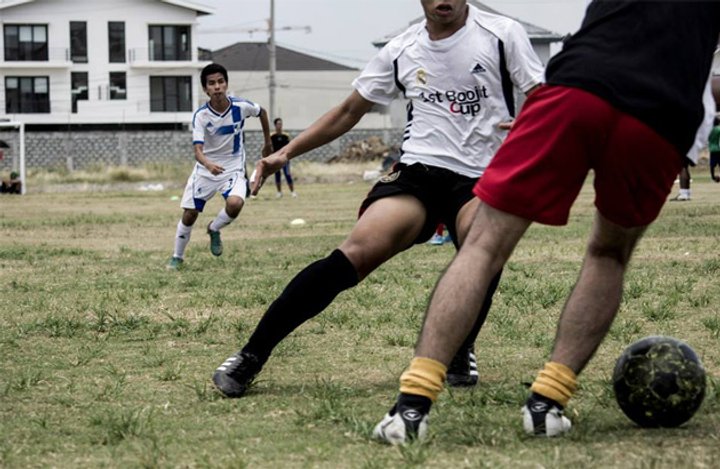 Hailey FC’s incredible fight for a five possible trophies this season marches on as they
successfully advanced out of their semi-final with a 2-0 win against Charlton United. Goals
from Tom McCudden and Luke Bolley gave Hailey yet another win for the season and they
will play Oxford Senior League side Yarnton FC in the final. The final will take place on either
Wednesday 20th or Wednesday 27th April at Oxford City FC.

Carterton Rangers find themselves just two points off the top of the table after a narrow win
at The Bourne against Hook Norton. There was no surprise at two of the names on the
scoresheet, Jay Mair scored his twenty seventh goal of the season to get Hooky on the
scoresheet, but Ryan Clish’s double both from the spot, his fourth and fifth goals of 2022, put Rangers ahead.
Adam Hemmings scored Hooky’s second but a rare goal for Jonny Dover gave Rangers all
three points.

Enstone’s erratic season continued as they dropped points to bottom side Milton. Enstone
would have gone top with victory and had Nathan Bott to thank for their goal but his strike
was cancelled out by Jake Taylor and Milton were able to hold on to earn just their second
point of the season.

Spartan Rangers are now unbeaten in four games after a late fightback earned a point
against Charlbury Town. Josh Walkington had scored for Spartan but Charlbury took control
of the game and looked comfortable after goals from James Robertson, Callum Smart and
Felix Robertson. It was still 3-1 with just nine minutes on the clock but Spartan refused to
give up and David Pryse’s strike along with Walkington’s second snatched a draw and sent
both sides away with a point.

The Division One title fight rages on as the tightest battle across the five divisions refuses to
see either of the two protagonists break their current winning streak.
The chasers, Minster Lovell, travelled to Bletchington and came away with all three points
after a 3-1 win. Defender Chris Bowles grabbed a rare double with Chris Hirons scoring a
third for the visitors. Tom Williams was able to get one back for the home side but things
were comfortable enough for Minster.

Freeland had to display all their skill and tenacity to come away with three points in a five
goal thriller with Bampton United. Bampton put up a hell of a fight and found the net twice
through Karl Pritchard and Chris Laurence. But Freeland refused to be denied and Joe
Burgess, Jason Lonsdale and Lewis White all scored once for the win and preserved their
two point advantage at the top of the league.

George Slatter’s hat-trick allowed Chadlington to prevail in their mid-table battle with
Wootton Sports. Wootton played their part in a seven goal epic with goals from Craig Gilboy
and Lee Spencer but Hans Korge’s brace made absolutely sure of the points in the 5-2 win.

Witney Royals remain third after a 4-1 win against Kingham All Blacks. Once again, Corey
Donohue was the main beneficiary in front of goal as he scored two, Elijah Taylor and
Richard Murphy were on hand to score the other two. Dom Hemmings slotted home
Kingham’s consolation.

Neil Cooley’s hat-trick gave Aston a healthy victory over Spartan Rangers Reserves. Charlie
Harper, Rhys Jones and James Fleming all scored one each to make the final total six as
Aston jumped into second place and right into the mix for promotion at the end of the
season.

Two goals in each half allowed Ducklington to move into third position with a 4-0 win over
Cassington Rangers. Ducklington made their intentions clear very early on as Adam Bolley
nodded home in just the third minute from Jasper Winder’s corner. Both teams tried to make
headway but Ducklington doubled their lead on nineteen minutes as Harvey Butler’s cross
from the right was lost in the sun by the defender and Charlie Fisher brought the ball down
wonderfully on his right foot before firing the ball into the bottom corner on the half volley.
A rather sedate opening twenty minutes of the second half was brought to life by substitute
Lewis Hathaway as he wriggled his way into the box and tucked the ball home and the
scoring was complete in the 85th minute when George Townsend headed home after a
scramble in the box following a corner.

In the top game in Division 3 it was first v second as Hailey A travelled to Faringdon, Both sides knew victory would put them in strong position for the title.
It was the home side who came away with all 3 points as they won 3-0. Faringdon dominated the opening exchanges and took the lead when Jack Green cross was turned in by Richard Evans, although he did look like a Will Lyne OG. Hailey then defended will and keeper Rory O' Neill hwas barely troubled, but then in the final minute of the half, they were awarded a free kick and trying to take it quick the ball hit a home player on the back, the ball was quickly moved to Green and he stepped inside a challenge and fired home.
Hailey really struggled to gain a foot hold in the 2nd hald and rarely troubled Paul SMith in the home goal. The game was sealed in the final 15 when a fine passing move saw O'Neill save Evans first shot but he was helpless with the rebound,

Brize Reserves secured their sixth win of the season, in a six goal game against Milton
Reserves. It finished 4-2 to the home side with four different goal scorers combining. Paul
Morrison, Matthew Webster, Joe Hatt and Jacob Hambridge all scored one each to earn all
three points. Ajay Itah and James Simpson hit back for Milton but couldn’t prevent another
loss for visiting Milton.

Sherborne Harriers stunned Freeland Reserves to leave Hatherop Reserves just two points
away from the Division Four title. Freeland, who would have been hoping to keep pace with
second placed Witney Royals Reserves, scored through Spencer Lancaster but Toby
Larking’s brace turned the tide in Sherborne’s favour and they managed to hold on and
record their eighth win of the season.