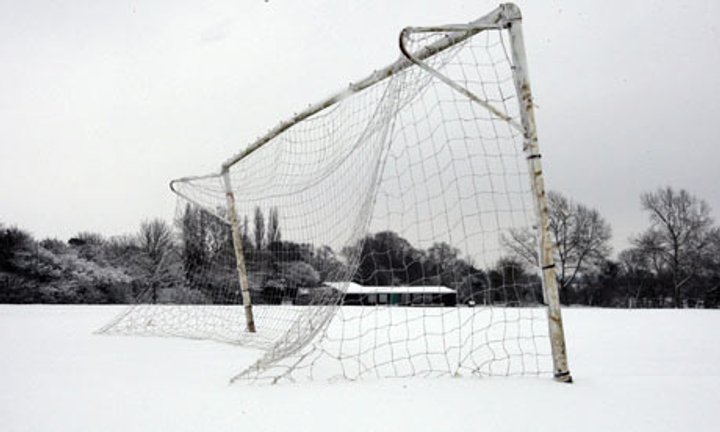 Hooky, line and sinker for Charlbury in fifth league
loss

Premier Division
Jay Mair’s stunning hat-trick helped Hook Norton record their first away win of the season as
they managed to jump two places in the league with victory over Charlbury Town. Starting
the day in eighth place, and behind their opponents, Hooky were grateful that their ever
reliable man in front of goal brought his scoring boots for Hooky’s second win of the year.
Mair’s hat-trick was crucial as Charlbury fought back with goals from Joe Lingard and Josh
Sylvester but Dan Bott’s goal secured the points for Hooky in the 4-2 win. The hat trick took Mair's total to 10 for the season and climb to the top of the divisions scoring charts.
Six goals and the same score line, although this time a home win at Kilkenny Lane as
Carterton FC Rangers defeated Spartan Rangers 4-2. Josh Walkington scored twice for the
visitors and they seemed to be well in controk at half time. But Spartan were undone by four different goal scorers for their Carterton
counterparts. Perhaps the most surprising goal scorer was Daniel Floyd, normally located
between the sticks, his outfield cameo was rewarded with a goal and there were further
goals for Aaron Lewis, Adam Lee and Jamie Macdonogh.
Hailey moved six points clear at the top of the league with a walkover win against Enstone who were hit by a combination of injury and illness.

Bletchington and Kingham played out a seven goal thriller at Bletchington. With the icy wind
blowing straight down the pitch, it was always going to be a help for the team with the wind
behind them and so it proved with Bletchington racing into a two goal lead. First, Luke
Sanders pounced in the sixth minute to roll the ball past Matt Haynes and then in the 14th
minute, Richie Wellens doubled their lead, not that he knew much about it. A bouncing ball
cannoned off his knee and bobbled under the despairing hands of Haynes in the Kingham
goal. Keeping the ball on the ground was critical to Kingham getting back into the game and
as they began to control the midfield battle, brothers Jack and Dan Lay’s pace up front was
always going to be a positive tactic for them. Jack getting plenty of joy on the left whilst Dan
worked the right, although no one threatened Wayne Harwood in the Bletch goal. In the 35th
minute Toby Hitchman got Kingham back into it with a low shot that went under the feet of
Harwood as he ambitiously tried to clear the ball from the goal.
Into the second half and a bonkers beginning with two goals inside three minutes. First, Dan
Lay restored parity with a delightful flick and turn that sent him sprinting towards the Bletch
area and he managed to fire a low shot out of the reach of Harwood. But the game was level
for less than 90 seconds as Aaron Johnson capitalised on a mix up between Haynes and the
Kingham defence to poke the ball into an empty net. Haynes redeemed himself with four
excellent saves in the space of ten minutes to prevent Bletch from extending their lead and
eventually Kingham were able to use the conditions to their advantage to start pinning Bletch
deep in their own half. With the pressure mounting, Jack Lay brought the game level with a
smart turn in the box which lost two defenders and with the time and space he was afforded
he fired the ball home to make the game 3-3. There was still time for a winner and
Kingham’s spirited fightback was complete in the 79th minute as a long goal kick from
Haynes was allowed to bounce between the Bletchington’s defenders and Dan Lay was able
to sweep behind them to pick up the loose ball, and once again prevailed when one-on-one
with Harwood as he expertly lifted the ball into the net beyond the onrushing goalkeeper.
The 4-3 win giving Kingham their first league win of the season.

Witney Royals and Hailey Reserves remain in the bottom half after cancelling each other out
in a 3-3 draw. Corey Donohoe, Jack Allen and Jordan Priest all scored for the hosts, Royals,
but they were pegged back by Moh Semlali, Cody Davies and Bradley Evans’ goal for
visiting Hailey

There were more games not played in Division Two than there were played but the two
games played produced goals and significant results.
Carterton thrashed bottom side Spartan Rangers Reserves with a clinical 4-0 win away from
home. Adam Fisher followed up from last week’s hat-trick with another goal this week.
Nathan Walton also found the net and Reuben Wertheim’s brace made sure of the points as
Carterton moved into the top four.

RAF Brize Norton Social were held to a surprise draw at home by Cassington Rangers.
Michael Flavell and Zac Vale scored for the home side but Jason Blackman’s double meant
Cassington left with a point. The draw extends Brize’s lead at the top of the table to seven
points but both Fratellos and Ducklington have enough games in hand to leapfrog them.
Combe jumped into third spot with a walkover victory against Siege FC.

Carlos Peiva’s hat-trick was a mere consolation as FC Mills suffered a 6-3 reverse against
Bampton United Reserves. Peiva’s hat-trick would have had Mills hoping for at least a point
but a spectacular triple-double from Bampton saw Seb White, Regan Pritchard and Lewis
Townsend all scoring doubles to give Bampton all three points in their first win of the season.
Chadlington Reserves received a walkover victory against Wootton Reserves which pushed
them into third place in the league.

A perfect ten for Hatherop Reserves as they thumped Carterton Town FC 10-0 to move
within one point of top spot in Division Four. Half of Hatherop’s goals came from Craig
Whitbread whose five star performance all but secured the points by himself. But Hatherop
were clearly in a goal scoring mood and David Legg (2), Alex Griffith (2) and Mani
Ranawana also scored as Hatherop’s goal difference was significantly enhanced.

Despite an outstanding performance by Man Of The Match, Mac Goves, Faringdon Town missed the chance to stay level with Hatherop after they suffered a defeat at the hands of Aston Reserves. Aston recovered from scoring an own goal from Danny Hambridge, with Neil
Cooley’s hat-trick helping to grab all three points as Aston won 3-1

Eight goals were scored in the game between Kingham Reserves and Spartan A but they
were not evenly shared as Kingham managed to win 5-3. Jon Bignell, Michael Hole and Matt
Townsend all scored for Spartan but their three goals were cancelled out by Jake Godfrey’s
hat-trick and Liam Barnes’ brace helped Kingham to a deserved victory to help Kingham up
to seventh.