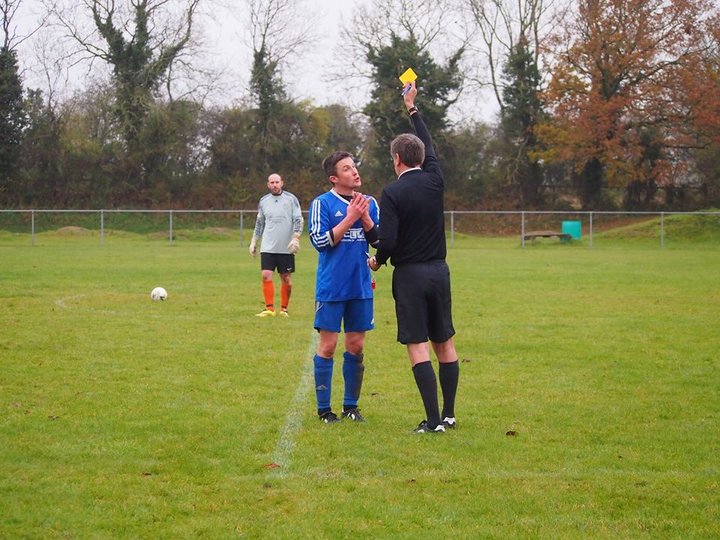 Two Premier Division sides made successful progress into the third round of the Fred Ford Cup this weekend.
Hailey marched into the draw for the next round with a commanding 3-0 win over Division One’s Bourton Rovers. Nathan Kimber, Tom Gregory and Sam Wheeler all scoring once each for Hailey to send them through.
Wes Christian took his November tally to five as he bagged a brace in the all Carterton derby. Carterton FC took the lead through Dan Bishop but Christian netted the equaliser before grabbing the winner to send Carterton Town A into the quarter finals. 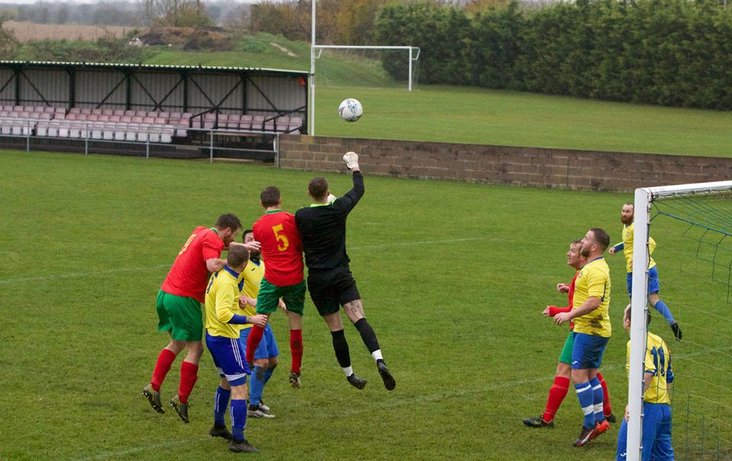 The saying goes that it’s a game of two halves and never a truer word was said in the game between Milton and Stonesfield. Alex Ayres and Lewis Dady both scored once in the first half to give Milton a seemingly comfortable 2-0 half time lead. But whatever was said in the Stonesfield half-time team talk worked as they notched seven in the second half to take control of the game and take home the three points. Carry Rice was the standout player as he fired in four of Stonesfield’s responding goals. Raffy Rice, James Little and Jack Barker all went on to score one each to take the total to seven, the win firing Stonesfield up to third in the table.
Defending champions Charlbury and Carterton Rangers both remain winless as they cancelled each other out in a draw. Hosts Rangers scored through Mykel Ryan with Steve Fitzgerald replying for visiting Charlbury as it finished 1-1.
Minster Lovell managed to produce four different goal scorers as they overcame Tower Hill. James Harris and Lewis Scott both scored for Tower but Minster hit back thanks to Henry Traas, Sam Wright, Dean Woolgar and Mark Norridge.

Just as their first team did, Minster Lovell Reserves also fired in four goals as they defeated Middle Barton 4-0. The comfortable victory puts Minster back on top of Division One. Harry Puffit a hat-trick hero for Minster with Luke Hessey providing the fourth in the one sided victory
Kingham All Blacks are still searching for their first points in Division One after suffering a close loss to Hailey Reserves. Dan Davies scored for Kingham to give hope of at least a point but Cody Davies and Josh Edwards both scored one each to give Hailey the three points.

There is now a four way tie at the top of Division Two after this week’s fixtures.
Hook Norton remain top, on goal difference, despite not having a game.
Spartan Rangers join both Hook Norton and Carterton Reserves on 12 points after defeating Carterton Reserves. Carterton would have gone top with victory and scored goals through Joe Langdon and Chris Hirons but Spartan’s Dave Cross hit a hat-trick, Rhys Woodward scored a fourth and some fine saves from the Spartan goalkeeper gave Spartan a 4-2 victory. Spartan are now third on goal difference.
Brize Norton complete the four way tie after thrashing Eynsham SSC 7-1. Rob Hook and Adam Davis both scored a brace to get Brize moving towards victory. Ben Brown, Joe Henry and Ryan Weston went on to score one each to complete the scoring. Ben Oates scored Eynsham’s consolation.
Charlbury Town Reserves are just two points off the top four after receiving a walkover victory over Carterton Town B
The final game in Division Two saw a five goal thriller between Ducklington and Siege FC. Tom Costley, Harvey Butler and Charlie Fisher all scored once each for Ducklington but Siege fought back through Henry Heritage and Matt Weston. Ducklington managed to hold on for the 3-2 win and the three points allowed them to leapfrog Siege in the table.

The four games in Division Three produced twenty five goals, some good news stories and one not so good news story for a Witney and District legend.
Starting with the good news, Jamie Hudson fired in a hat-trick as he helped Bletchington maintain their 100% record at the top of Division Three. They ran out 6-0 winners over Bourton Rovers Reserves thanks to further goals from Joe Brewer, Michael Trafford and Sam Sweeney. Bletchington have ominously scored thirty two goals in just five league fixtures this season.
Aston also had a hat-trick hero as they thrashed Stonesfield Reserves to go second in the table. Dan Greenall fired in three for Aston to get the ball rolling with Shaun Brown following up with a brace. Sam Aston and Nick Angus scored one each to take the total to seven. Liam Harris and Michael Roberts hit back for Stonesfield but a mere consolation in the 7-2 reverse.
Witney Royals Reserves and FC Mills played out a brilliant game with plenty of drama to entertain everyone involved. FC Mills fired in three goals through John Chapman, Aaron French and Steve Carvey. Liam Varney and Nathan Harris had hit back for Royals when the drama went up a level. Antony Barlow, a late substitute for Mills, was adjudged to have handled the ball on the line and a red card was subsequently produced by the referee and a penalty given. Barlow spending less than ten minutes on the pitch.
Not to do things the easy way, Rob De Banks then saw his penalty saved by Dan Bilton, his first ever penalty miss, to give Mills hope of victory. But, Royals made their numerical advantage count with DeBanks, avenging his earlier penalty miss, slotting home in the 88th minute to bring parity to the score line and send both sides home with a point.
Chadlington Reserves took advantage of Mills slipping up by leapfrogging them into third place with victory over Chipping Norton Town. Jack Knight scored for Town but three goals from Rocky Burton, Brinley Mayne, and Will Foster gave Chadlington third place with the 3-1 victory.

The Ascott derby took place in Division Four with FC Ascott playing hosts to FC Ascott Rangers. Stephen Kirkpatrick put bottom side FC Ascott in the game but Rangers ran out 4-1 winners thanks to goals from Aaron Court, Mark Hillier, Rob Chatwell and Kieran Dyble
East Oxford Rangers continue to lead the way at the top of Division Four following a 6-0 victory over Hailey A. It was first versus third but the score line defied the league positions as Jason Blackman scored his second hat-trick in a row to set Rangers well on the way to victory. A Gareth James double and Marcus Owsnet goal completing the scoring. Rangers are now the top scorers in the Witney and District having scored 34 goals this season. Hailey A remain third.