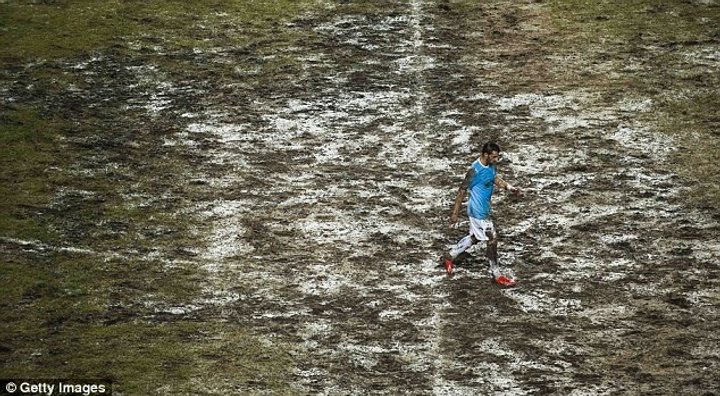 Division One beat Division Two in the only tie of round two as Witney Royals snuck through against Hook Norton. Ozzy Oswald the difference maker in the 1-0 win as Royals become the first team into the round three draw.

There are new league leaders as Carterton FC took full advantage of playing the only fixture in the division this weekend in defeating Minster Lovell 5-1
Rui Alves had put Minster ahead but Carterton went through the gears and eventually put their opponents away quite comfortably thanks to goals from Tommy Burns, Roger James, Jacob Hughes and brace for Dave Rabbich.

There are also new league leaders in Division One as promoted Minster Lovell Reserves continue to surprise people with their fantastic form.
They didn't have it all their own way in a tight five goal game with Kingham All Blacks as Sam Selley and Gaz Price both scored once for Kingham. But Minster took the three points by going one better thanks to goals from Ian Wright, Seb White and Harry Puffitt.

Minster went top as Enstone had to settle for a point in a six goal thriller with Hailey Reserves. Warwick Tompkins got the ball rolling in Enstone's favour as he notched a double and Tony Bott added a third but Hailey fired back thanks to a goal each for the evergreen duo of Joel King and Mark Edmonds. Cody Davies scored a third and there was nothing to separate the sides beyond that.

Bampton United are firmly cemented in third place as they saw off Middle Barton. Danny O'Shea and Chris Laurence scored one apiece for visiting Bampton. John Umney replied for Middle Barton but it proved to be in vain for the hosts.

Siege and Carterton Town B shared a point as they did battle on a sodden Carterton Rec. An entertaining 2-2 draw took place as Sam Thompson and Jake Godfrey scored one each for Siege. But Carterton hit back through Peter Okerke and Tom Mackenzie-Fenwick to give them their first point of the season.

James Minchin managed to score his first goal of the season, and then promptly scored another four in scoring five to help Wootton Sports rout Witney Royals Reserves. Jacob Cooke scored Wootton's sixth to finish the scoring for Wootton. Ollie Nolan replied for Royals in the 6-1 defeat.

A point apiece for Chadlington Reserves and Kingham All Blacks Reserves as they played out a 1-1 draw. Miles Taylor scored for Chadlington. Chris Perrott ensured that the points were shared.

The award for most goals in a league falls to Division Four as the two games played generated 17 goals.

Jason Blackman fired in a hat-trick as he helped East Oxford Rangers defeat Bampton United Reserves. Gareth James, Cody Senior, Nathan Prestidge and Simon Robinson all scored one each as Rangers hit seven. Frazer Cooper scored Bampton's consolation but it proved to be only that in the 7-1 defeat.

FC Ascott Rangers and Sherbourne Harriers managed nine goals between them, with Harriers pushing hard for a 6-3 victory. James Wade and a Chris Brooksbank brace gave Rangers hope of at least a point but Josh Betteridge, Corey Cullen and Matt Tyson all scored twice to give Sherbourne all three points.