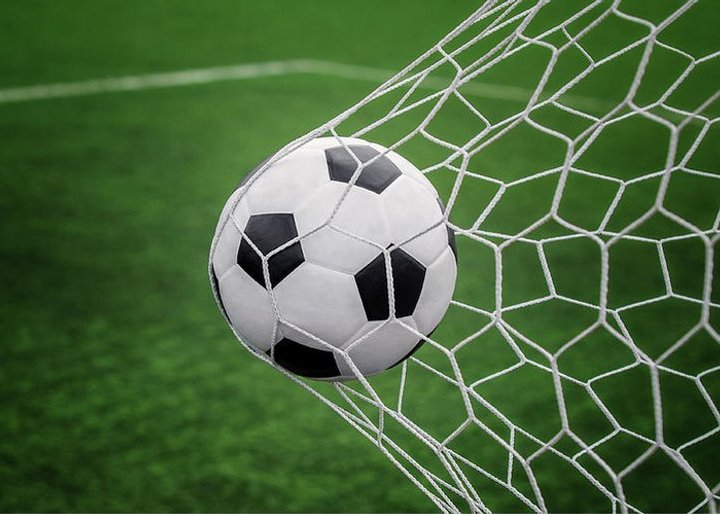 Charlbury's first win propels them up the table!

Charlbury finally have a ‘1’ in the win column this year as they thrashed Milton away from home for their first win of the season. It was a comfortable afternoon as they scored two goals in each half to take all three points. Felix Robertson and Tom Williams’ goals before the break gave them a 2-0 half-time lead. Stephen Pearce got one back for Milton but Williams grabbed his second and Archie Hanley got a fourth as Charlbury won 4-1 to get revenge on Milton who beat them earlier in the season.

There will be new Charity Cup champions this year but it won’t be Stonesfield unfortunately who exited the competition this weekend after a 4-2 defeat to Garsington. Will Barker and Carry Rice’s goals proved to be in vain in the end.

A couple of upsets to begin with in the Fred Ford, to continue the theme from last week’s ties. First, Kingham of division two, ignored the 18 league places and form of Hatherop as they defeated the division one table toppers in a seven goal thriller. Paddy Cripps and Dom Hemmings copied each other by scoring for the second week in a row for Hatherop and Kingham respectively. Zac Grounsell and John Watson scored further goals for Hatherop but Kingham went one better with goals from Dan Lay, Mitch Faulkner and Jonty Russell in the 4-3 win.
Second was division one’s Aston upsetting premier division Freeland. Both sides have made an excellent start to the season but Aston got the better of their high-flying opponents to move into round three. Nick Angus, Lewis Scott and Ollie Hawkins all scored once each for visiting Aston. Adam Lonsdale picked up Freeland’s only goal of the game in a 3-1 defeat.

Speaking of high-flying premier division sides, there were comfortable victories for the top league’s top two as Enstone and Hailey reached the last 16 in dominant fashion. League leaders Hailey maintained their pursuit of defending the trophy they won last year with a 7-1 rout against Witney Royals. Elliot Major got Royals on the score sheet but two Royals own goals made for a difficult afternoon. Sam Wheeler followed up from his Junior Shield hat-trick last week to score once again and some of his team mates who scored in last week’s win helped themselves to a goal (or two) this week as well, as Jack Wood, Sam Britnell and Tom McCudden (2) all scored for the second week in a row.
Enstone saw off fellow premier division side Minster Lovell 5-1 to reach the third round. Nathan Bott and Liam Harris both scored twice, with Max Bayliss scoring his first goal for Enstone. Jason Smith replied for Minster.

Sherborne Harriers are the lowest ranked side left in the competition after they dispatched Carterton Town in another seven goal game. Josh Betteridge and Harry Perkins cancelled each other out by both finding the net twice for their teams. Tyler Webster grabbed a third for Carterton but Ross Miltoy and Ed Wembridge fired in for Sherborne who can look forward to a trip to RAF Brize Norton Social in the next round.

It wasn’t such a happy story for Sherborne’s division three compatriots Wootton and Yarnton A. Wootton couldn’t bridge the one division gap between themselves and division two leaders Cassington Rangers. They held their own in a competitive first half. Lee Spencer’s goal levelled things after Neal Hobday’s opener. Cassington were able to show their class in the second half though and breakthrough for a 3-1 win. Ross Lewington’s goal and Jordan Lyne’s penalty securing the win for Cassington.
Yarnton A gave a credible account of themselves as they faced off against premier division’s Hanborough. Another depleted squad for Hanborough would have been wary of a huge upset but settled their nerves early on with a second minute goal from Al Rogers. Hanborough always looked dangerous and doubled their lead when Aston Leach found Craig Johnson who was able to steer the ball home. Both sides went close during the remainder of the half but it finished at 2-0. Yarnton did look more dangerous during the early parts of the second half but Hanborough broke their spirits by moving further ahead. A clinical counter attack was as Nick Manifold broke from the centre of the pitch, fired the ball out wide to Al Rogers whose pinpoint cross found Karl Roberts in the box who slotted home for the second game in succession. Daniel Woodley got the goal that Yarnton so richly deserved late on, with Hanborough swapping players due to injuries sustained during the game, but the game fizzled out and Hanborough are through to round three.

Siege got revenge for their league defeat two weeks ago by dumping Bampton out of the cup. Jonny Dover scored twice with manager Chris Jones netting a third. Joe Paintin got one back for Bampton but it wasn’t enough.

Tower Hill beat Ducklington for the second consecutive week with a 2-0 win seeing them progress to round three. James Scott and Connor O’ Shea’s goals proved enough for the home side.

Jordan Charlesworth and Alfie Peachey both bagged braces as Chadlington eventually saw off division two side Brize Norton. Brize were well in the game with goals from Morgan Oxendale, Jacob Hambridge and Matthew Webster but a Sam Lewis goal and a Brize own goal gave Chadlington a 6-3 win.

Just two games in division one this weekend and whilst most others were playing in the Fred Ford Cup, Faringdon Town Development and Heyford decided to upset the form books by both grabbing league wins.

Faringdon thrashed Combe in the battle at the bottom to record their first home win of the season. Adam Sly picked a timely moment to open his account for the season in scoring two. Team mates Jamie Broadfield and Alistair Eccleston scored one apiece as well as Faringdon ran out 4-0 winners as Faringdon jumped up to ninth.

Combe find themselves bottom after Heyford Athletic grabbed their first win of the season with a 4-2 victory over Hailey Reserves. Seb White scored a brace for Hailey but Connor Duggan scored a brilliant hat-trick for Heyford, with brother Kian hitting a fourth to give Heyford all three points for a long awaited first win.

Eynsham have the best goal difference in the whole of division two after thrashing Faringdon Town A away from home. Ash Bowerman’s hat-trick was the story of the afternoon but five other team mates got in on the goal scoring action in the 9-0 win. Ben Oates scored twice with Charlie Partlett, Peter Edwards, Owen Johnson and Stephen Chappel all scoring once in a resounding win.

Hailey A threw away a three goal lead in a share of the points with Leafield. Hailey were coasting after twenty minutes with Nathan Rees and Curtis Hathaway’s double putting them firmly in control. The muddy conditions didn’t make for easy football but Leafield slowly wore Hailey down and pulled one back before the break through Alison Demetrio. Into the second period and Leafield completed their stunning comeback. Demetrio got his second, James Wade got a third to tie the game and despite Leafield being reduced to ten men they held on for an important point.

Witney Royals missed the chance to move within two points of the leaders after dropping points at home to Freeland Reserves. Nathan Harris and Daniel Milner’s goals were matched by Jerome Carbon and Connor Smith’s strikes for Freeland who stay third and tenth respectively.

Chadlington Reserves inflicted a first league defeat of the season on FC Mills and moved top as just reward for their efforts. A wonderful back and forth game with plenty of goals played out at Chadlington. James Rogers and Pete Hutt scored for Mills but their 100% record fell as Chadlington won 3-2 with goals from Finlay Beggin, George Slatter and Gus Boeing.

Leafield Reserves moved out of the bottom two with a victory in the battle against Eynsham Reserves. Leafield, twelfth before play started hosted eleventh placed Eynsham, and won 3-2. Icaro Popi, Felipe Silva and Luke Wiggington scored for Leafield, who jump to tenth because of the win. Jack Morgan and Jack Turner’s goals for Eynsham weren’t enough to grab a point as Eynsham drop to eleventh.

The Jack Busby Memorial Trophy quarter final line up is complete after the final first round games were completed this weekend.
Milton Reserves managed to overcome Stonesfield Reserves 4-2. Max Guest’s double putting Milton well on the way to victory. Stonesfield hit back through Jacob Oliver and Jayson Chappell but further Milton goals from Jake Newland and George Ford put them into the last eight.

Hatherop Reserves won 4-2 at Aston despite conceding an early goal. Reece Wain giving Aston the lead before Hatherop levelled to make it 1-1 at half-time. Hatherop took the lead from the spot in the second half and moved further clear with two more goals. Wain got his second but it was too little too late for Aston as Hatherop move into the quarter finals with a tie against Chadlington Reserves waiting.