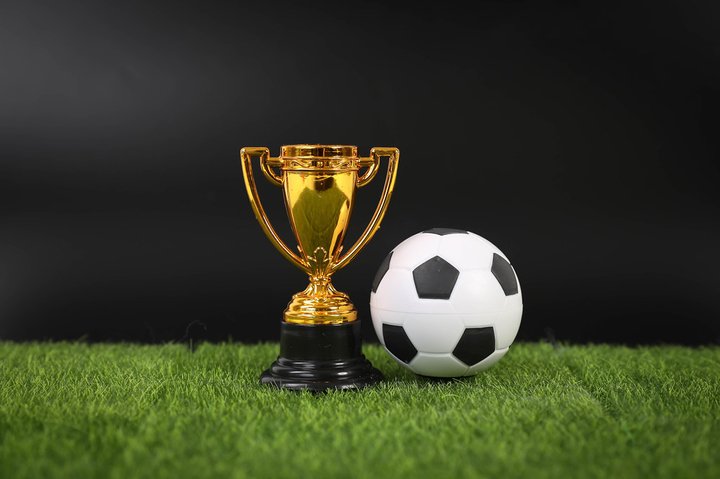 There were three Fred Ford Cup ties played on Saturday and in each tie the team from the lower division prevailed.

Perhaps least surprising of all was Carterton FC’s victory over Spartan Rangers, given that at the start of play only three league positions separated the sides. Carterton took the game to Spartan from the off and maintained control throughout most of the game. Your first name had to start with a J if you wanted to get on the scoresheet though, Jake Bee, Jack Bellenger and Jay Revill all scored to give Carterton a 3-0 away win.

Stonesfield’s 100% start to the season in all competitions came crashing down as they lost to another high-flying division one side, RAF Brize Norton Social. A much changed Brize team faced a near full strength Stonesfield team with both teams engaging in a tight battle. It took goals at the end of each half to eventually separate them. Rich Hall giving Brize a half-time lead netting one minute before half-time. Michael Duerden scored his third goal for the club in the 81st minute for a little bit of breathing room and Brize held on for the win.

Deer Park Rangers got revenge over Leafield as division four beat division three at Burwell Meadow. Last week Rangers lost their perfect start to the season to Leafield’s reserve side but came through in an eight-goal thriller to get into round two of the cup. Leafield played the better football in the opening exchanges and took a deserved lead in the seventh minute through James Tudge. Most of the play was in midfield on a small pitch without many chances being created but Deer Park slowly grew into the game. They were level on 28 minutes, Cullen Angus showing his strength on the edge of the box to hold off two defenders before lofting the ball over the keeper and into the net. Leafield hit the woodwork twice before the end of the first half but they went in level. It was goals galore after the break and it didn’t take long to take off. Once again it took just seven minutes for Leafield to take the lead. Ronan Doherty’s direct free-kick from just inside the Rangers half beat everyone in the box, including the keeper to fly straight into the back of the net. Deer Park were level much quicker this time though, with a free kick of their own. Taken from the centre circle and floated towards the back post, Angus rose highest to float the ball into the far corner for his second on 60 minutes. Rangers were ahead just four minutes later, Jamie Horne prodding home to put the home side ahead for the first time. Leafield pushed for an equaliser but an unfortunate handball gave Deer Park a penalty and Angus completed his hat-trick in the 77th minute, sending the keeper the wrong way. Leafield reduced the deficit just five minutes later when Grant Oliver’s speculative tackle/volley flew into the top corner but almost immediately from the kick off, Harry Edwards chased after a long clearance from Deer Park’s area and poked the ball under the onrushing keeper to earn victory for the home side.

Just the one game in the top league as Hanborough ended Freeland’s five game unbeaten run to earn their first league win of the season. A heavily depleted Hanborough side just about scraped a bare 11 for the A4095 derby and contested an even first half in which Hanborough scored the only goal of the game. Karl Roberts latching onto Reece Deasy’s through ball to prod past the Freeland keeper. Freeland hit the bar and Hanborough’s resolute defence held on. Despite Freeland seeing much of the ball and Hanborough having plenty of chances on the counter attack, there were no goals in the second half and Hanborough held on for all three points.

Hailey continued their defence of the Junior Shield with a 7-0 rout over a heavily depleted Milton side. Hailey were rampant from the off, four goals up by half-time and scored three more in the second half. Sam Wheeler led the way with a hat-trick, each of his three goals were either screamers or flukes depending on who you ask in the Hailey camp. Further goals followed from Jack Wood, Freddie Buckingham, Tom McCudden and Sam Britnell as Hailey progressed into round three, where they'll face Witney and District premier division opposition once again when they host Charlbury Town.

Heyford Athletic surrendered a two-goal lead to miss out on earning their first league win of the season. They faced off against Witney Royals at home and went in at the break with a 2-0 lead thanks to goals from Mike Philpott and Robert Gosling. But Royals hit back in the second half with goals from Corey Donohoe and Kyle Grimmet earning a share of the spoils.

Tower Hill are up to fifth in their first season back after a 2-1 win against Ducklington. Harvey Butler scored for Duck but Jack Scott and Jamie Mariani strikes were enough to take all three points for the home side.

Hatherop took advantage of Carterton and Brize’s cup exploits by beating Hailey Reserves to reach the summit. Christian Turner-Willam’s fourth league goal of the season along with further goals from Ollie Taylor, Paddy Cripps and Troy Weaven earned Hatherop a 4-1 win to put them a point clear.

Chadlington and Faringdon Town Development faced off in the battle at the bottom. Separated by just a point at the start of the day, it would be Chadlington who would earn their first away league win of the season to put some daylight between themselves and the bottom two. Jordan Charlesworth and Alfie Peachy’s goals were enough for the win, with Craig Absolom replying for Faringdon in the 2-1 defeat.

It appears to be a two-horse race for the title in division two as Brize Norton and Cassington Rangers continued their imperious form of recent weeks as they maintained a five-point gap away from the chasing pack.

Brize impressively dispatched third place Bampton at home with a 3-1 win. Jake Pritchard scored his third goal in two games for the visitors but Brize were able to take all three points with three goals of their own. Dylan Briggs, Jason Hirschfield and Alfie Gardner giving Brize their seventh victory in eight games in the league.

Cassington Rangers are top by way of goal difference after another comfortable victory, this time against Spartan Rangers. They’d already put five in the back of the net by half-time with Neal Hobday and Nathan Prestidge both scoring twice apiece. Tyler Walker grabbed the fifth with Mev Gundem’s reply at least getting Spartan on the scoresheet during the first period. The standard dropped in the second half with one goal scored for each side as Cassington eased to victory. Mev Gundem grabbed his second with Ross Lewington scoring goal number six for table-topping Cassington.

Witney Royals maintained that five-point gap after coming from behind, twice, against Kingham to edge the game by the odd goal in five. Royals turned up with a bare eleven and found themselves behind midway through the first half, Dom Hemmings scoring for Kingham. Archie Tranter levelled for Royals but Joe Shirley gave Kingham the lead once again and so they led at the break. Cue a revival from Royals in the second half, with Ollie Nolan levelling things again before finishing off an excellent counter attack, which started in the Royals area, as he turned back inside the last Kingham defender and calmly slotted the ball under the onrushing keeper.

Hailey A are up to fifth after also winning 3-2, at the expense of Hatherop Reserves. Matt Townsend and Harvey New scored for Hatherop but they were cancelled out by Jake Smith’s brace for Hailey and it was left to deadly Cody Davies’ fifth goal of the season to wrap up the points for Hailey.

FC Mills thumped Sherborne Harriers to maintain their 100% start to the season. Five different scorers hit the net in a 6-1 win. Dean Mays, James Morgan, Pete Hutt and Benjamin Thomson all scored once. James Minion went one better in scoring two, the ever reliable Josh Betteridge grabbed Sherborne’s consolation. Mills moved up to fifth and can look forward to a clash against third placed Chadlington next week.

Goals galore in the three 1st round fixtures in the Jack Busby cup, as 26 goals were scored.

There were two hat-tricks in the all division three clash between Kingham Reserves and Tower Hill Reserves as Tower Hill won by the odd goal in seven. Ellis Godin’s hat-trick for Kingham was matched by Kevin Opare-Saforo’s treble for Tower. Matt Gallagher’s goal proved to be the difference as Tower go into the hat for round two.

Chadlington Reserves had a far more comfortable afternoon by dispatching Eynsham Reserves 7-1. Aaron Bennet stole the headlines with a hat-trick, Mauro Esteves, Nadir Fortes and Pacey Clifton all scored one each. Chris Baldwin replied in vain for Eynsham but Eynsham scored an own goal to compound their own misery.