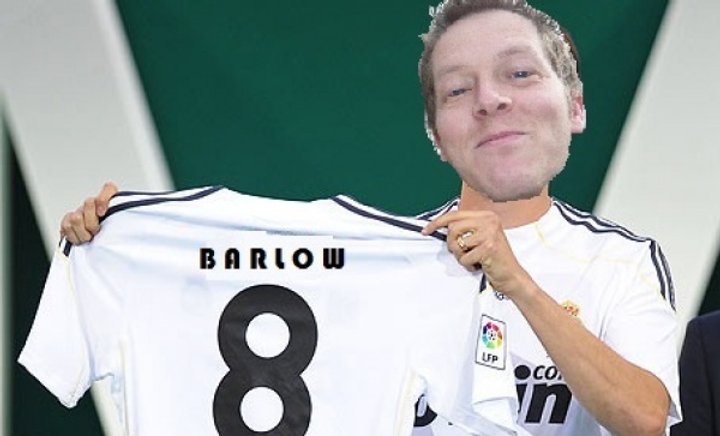 Fred Ford Cup
Three outstanding ties remained in the round of 16 of the Fred Ford Cup and two of them required penalty shoot outs to determine the winner.

Enstone and Milton played out a six goal thriller on their way to their penalty shoot-out with two penalties also awarded inside the ninety minutes too. Enstone, who rolled out with a bare eleven leaving 55 year old Tony Bott to play a full match in the centre of the park, started brightly with Josh Hunt a constant menace and Nathan Bott very active in the middle of the park. Milton started to grow into the game but found themselves behind after Bott powered home a penalty after a Milton handball inside the area. Milton remained one down at half-time after a series of excellent saves from their keeper kept them in the game.

Within 90 seconds of the restart Milton had a penalty of their own after an Enstone handball in the area. Danny Phillips guessed the right way to prevent the penalty going in but Milton were quickest to react to the loose ball and Alex Ayres slotted home for one each.

Back came Enstone who continued to control the game, Nathan Bott guilty of missing three good head chances from multiple Enstone corners finally got his radar right on the fourth attempt, powering a glorious header into the top left corner, leaving all of Milton’s defence stranded. However, Enstone switched off at the restart and a ball drilled in from the right found Stephen Pearce on the edge of the box who powered home a sweet strike to bring the scores level once again.

Rhys Warner-Carter hit the bar with an incredible volley and both sides had chances cleared off the line as they fought for a winner, but the defences held strong and extra time became a necessity. Just eight minutes into the first period and Milton took the lead for the first time. Jim Littlewood reacting quickest to a loose ball in the box to poke home for a 3-2 lead.

Enstone were tired and their lack of a bench was showing but they showed steely resolve and determination to continue to fight and with two minutes left of extra time a ball in from the left found Tony Bott all alone at the back stick who cleverly nodded the ball back across the box to the waiting Dan Newman who simply had to nod the ball home from three yards to ensure that penalties were required.

The first penalty for each side was safely put away, yet Milton couldn’t convert their second kick which was smartly saved by Phillips and Enstone remained at 100% with their kick, Dan Newman firing home the all-important fifth spot kick to book a place in the last eight.

Wootton and Aston also required penalties albeit in slightly less frantic circumstances. Their game ended 1-1 after Lee Senior second half goal cancelled out Kieran Watts’ first half strike and despite Wootton being reduced to ten men after Tyla Peck was sent off, Aston couldn’t capitalise on their numerical advantage. It went to penalties and required sudden death after both sides missed penalties. Crucially Aston’s eighth penalty taker hit the post and Wootton prevailed 6-5 in the shootout.

Premier Division
Just the one game in the Premier Division saw Hanborough visit Spartan Rangers with both sides looking to take advantage of the fact that no other sides were playing. After a lacklustre first half Hanborough took control in the second half after Sid Ashley’s looped header found its way into the Spartan net and their lead was doubled by Carl Austin who was able to steer the ball home at the back post for all three points. Hanborough moved to within three points of Hailey at the top. although they have played a game more.

Charity Cup Quarter Finals
Speaking of Hailey, they are safely into the semi-finals of the Charity Cup after a 6-1 demolition of Hardwick Sports. Hardwick were the side responsible for dumping Ducklington out of the Junior Shield but had no answer for Hailey’s prowess at Middletown on Saturday afternoon. Devon Wright’s double got Hailey on the way to victory and further goals from Tom Gregory, Luke Bolley, Nathan Kimber and Sam Britnell gave Hailey a 6-1 win.

Division One
Freeland kept their 100% home record intact with a 7-0 thrashing of Kingham All Blacks to move one point behind Minster Lovell Reserves at the top of the league. Liam Hare was the hat-trick hero as he grabbed three but he wasn’t alone on the scoresheet with four team mates scoring one each. Liam Harris, Tim Banks, Adam Lonsdale and Ethan Simlett all scored to give Freeland a healthy goal difference and comfortable win.

Freeland closed the gap on Minster Lovell after they dropped points in a visit to Bampton United. Yet another hat-trick scorer in this game, Chris Hirons, scoring all three of the visitors’ goals but Bampton scored three of their own to share the points with goals coming from John Webb, Seb White and Kieron Colley.

An entertaining game of end to end football somehow managed to end 0-0 between Chadlington and Bletchington. Both sides had chances and Bletchington had the best chance of the game late in the second half but couldn’t convert to steal three points. The draw leaving both sides level on ten points in the middle of the table.

RAF Brize Norton Social put five past Siege without reply to keep hold of top spot in the table. In fairness it could have been more if it weren’t for Steve Lazarus being in inspired form in the Siege goal. Steven Cox and Michael Flavell both scored twice, Dave Wanless slotting Brize’s fifth for a comfortable three points.

Fratellos remain in hot pursuit with a ruthless performance against Bourton Rovers. Aiden Miller’s hat-trick taking most of the plaudits in the 7-0 victory. Jack Allen was close behind with two of his own and there was still time for goals from Kenny Hawkins and Frank Michienzi to complete the rout.

There were seven goals in both of the remaining ties in Division Two
Combe visited Carterton hoping to keep tabs on the leaders but fell to defeat at Kilkenny Lane despite Matty Walker’s brace. Joe Pyne and Israel Onibudu both scored one each and Adam Fisher’s hat-trick was the icing on the cake in Carterton’s 5-2 victory.

Cassington Rangers also won 5-2, inflicting a sixth league defeat of the season on Spartan Rangers Reserves. Calam Branch, Mark Duval and Max Gallagher all scored once for the hosts, with Jack Hamblin going one better by scoring two. Sam Adams and Branden Fenwick replied for Spartan but that did nothing to prevent the defeat.

Division Three
Hailey A fell to their first defeat of the season with a surprise loss to mid-table Eynsham SSC. Hailey, usually a free scoring side were completely shut out by the Eynsham defence who went on to earn their three points thanks to goals from Ben Oates and Lewis Wild in the 2-0 win.
Faringdon Town A went on a goal scoring rampage as they reduced Hailey’s lead to six points at the top of the standings. It was seventh heaven in the 7-1 win over FC Mills. Jamie Broadfield, Liam O’Sullivan, Adam Sly and Richard Evans (2) all scored for Faringdon and whilst Carlos Peiva was able to add a consolation, Mills’ misery was complete as they also put the ball in their own net on one occasion too.

Leafield are up to third after a 3-1 win against Wootton Reserves. Dan Mundy-Court scored yet again for Wootton but Leafield were better on the day as Markus Carvalho hit back for the hosts and Benjamin Barbosa’s brace secured all three points for clinical Leafield.

Divison Four
Faringdon Town B escaped with victory against Sherborne Harriers even affording to miss two penalties in the process. Ian Hepworth was able to save two efforts from the spot but Faringdon still managed put three past heroic Hepworth with goals coming from Tom Burdett, Nick Loveridge and Tom Walsham. Josh Betteridge scored two to give Sherborne a fighting chance but Faringdon clung on for all three points to keep pace with the teams above them.

Second placed Hatherop Reserves dished out the biggest defeat of the day as they thumped Kingham Reserves 11-2. Craig Whitbread hit a four-timer to put Hatherop firmly in control. David Legg and Olly Taylor both hit two goals each and there were further goals from Mani Rawanawa and Richard Stearn. Brad Smith and Alex Stringer scored the consolation goals for Kingham in the big reverse.

The points were shared in the battle of first versus third as Freeland Reserves and Witney Royals Reserves faced off at Freeland. Jerome Carbon scored for Freeland but was cancelled out by Aaron Court. Richard Trigg scored again for Freeland but once again Royals hit back though Kyle Grimmett and the game finished 2-2. The result means Royals drop to fourth and Freeland’s lead at the top is cut to four points.

Aston Reserves have their fourth league win of the season after a close fought win against Carterton Town. Tyler Webster was on hand to score yet again for Town but Aston took the points with goals from Neil Cooley and Alex Murrell

Leafield Reserves recorded their first away win of the season with victory over Spartan Rangers A. Matt Townsend got Spartan on the scoresheet but Leafield came through with goals from Brandon Laing, Harry Edwards and Chris Godfrey in the 3-1 win.

Jack Busby Cup
Brize Reserves are into the quarter finals of the Jack Busby Cup with a resounding 5-1 win over Milton Reserves. Dan Hooton’s goal was as good as it got for Milton as Brize ran away with it thanks to goals from Steve Evans (2), James Gough, Jacob Hambidge and Dylan Briggs.