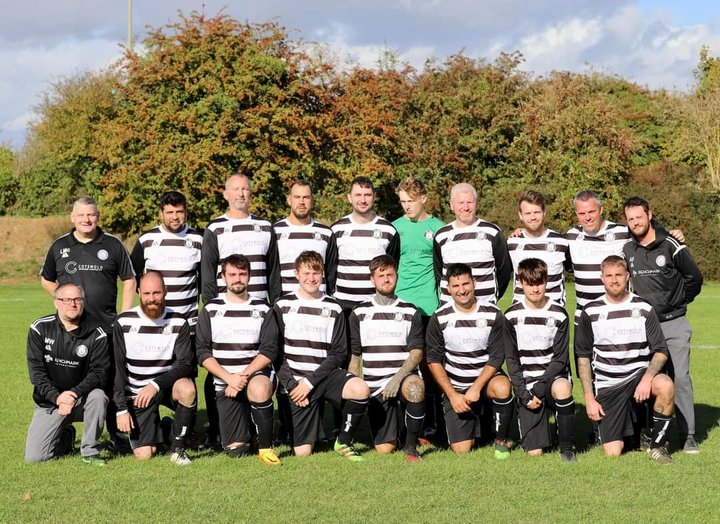 Positive start for Witney and District in Junior Shield

Junior Shield
The start of October brought about the first round of fixtures in the John Father’s Junior Shield and the results were largely favourable for Witney and District teams.

Enstone and Milton continued their perfect starts to the season with comfortable three goal victories.
Enstone dispatched fellow Premier Division side Freeland, for the second week in a row, with a 3-0 win, thanks to goals from Dan Bott, Josh Hunt and Reece Bayliss.
Milton managed to go one better in their game against Chesterton. Mitchell Constable, Josh Catling, Stephen Pearce and Louis Breaks all scored once each in a 4-1 win.

Combe also won 4-1 as they beat Leafield to go through. Luke Barton scored twice, along with Sam Edwards grabbing a third. Leafield’s misery was compounded as they put the ball in their own net to cement defeat.

Defending Champions Hailey recorded their first win of the season in their victory over Minster Lovell. Ryan Barrass’ goal for Minster had the home side on the way to an upset, but goals from Tom McCudden and Sam Britnell saw Hailey through to round two.

In the all Division Two battle, Kingham All Blacks thrashed Brize Norton 5-0 to progress into the next round. Braces from Mitch Faulkner and Dom Hemmings set Kingham safely on their way, with Damian Corbin scoring their fifth for the icing on the cake.

Stonesfield were also 5-0 winners, away to Hollow Way. Sam Bodingham, Sammy Hart and Carry Rice all scored once but Raffy Rice went one better than all of them to record a double and put Stonesfield in draw for round two.

Luke Colville’s hat-trick steered Witney Royals into the next round as they thrashed Eynsham SSC 5-1. Peter Edwards scored for Eynsham but further goals from Kyle Grimmett and Elijah Taylor gave Royals a comfortable afternoon in the end.

Two Division Three teams are into round two, in slightly different circumstances. FC Mills hosted Union Street at West Witney with Ben Thomson and the evergreen Dean Mays finding the net in a 2-0 win. Wootton will join them in the next round after a walkover victory against Carterton Town.

Heyford Athletic also benefitted from a walkover win too.
Extra time heartbreak was felt by Spartan Rangers and Cassington Rangers. Andrew Horne and Darren Craig both scored for Spartan Rangers to earn a 2-2 draw inside ninety minutes, only for Steeple Aston to steal it in the extra period.
Jason Blackman’s brace sent Cassington into extra time as well but Hornton proved too strong during extra time as they prevailed 4-2.

Ducklington couldn’t find the net as they lost 4-0 to Gravenhill and despite Jamie Harris and Jack Holifield goals, Tower Hill went down 4-2 to Finmere.

Division One
RAF Brize Norton moved joint top of the league after inflicting a first defeat of the season on Carterton FC. An entertaining encounter saw six goals scored. Tom Salter and Jack Bellinger scored once apiece for Carterton but Brize hit back with Maahir Alam’s double. Further goals from Carl Drury and Ben Treadgold gave Brize all three points to carry on a positive start to life in Division One.

Chadlington recorded their first win of the season, in style, as they thumped Faringdon Town Development 4-1. Sam Lewis, Alfie Peachey, Rocky Burton and Sam Lamb all helped themselves to a goal each. Alistair Eccleston’s reply couldn’t prevent Faringdon’s third defeat of the season.

Aston missed the chance to go top as they were held to a 2-2 draw against Hailey Reserves. Connor Newcombe and Archie Hardwick scored for Aston but Brad Evans’ brace saw the sides share the spoils.

Division Two
Goals galore in Division Two as three of the victorious sides all scored five goals each.
Bampton recorded their first win of the season with a 5-1 demolition of Hatherop Reserves. Dan Paintin and Jake Pritchard both scored twice for Bampton, with Jay Hughes getting a fifth. Matt Townsend’s consolation for Hatherop was nothing more than that.

Siege got their second win of the season with a 5-2 victory over Freeland Reserves. New boy Mykel Ryan scored his first goal for Siege, with long standing Siege stalwarts Gez Morgan, Tom West and Kev Lewis joining him on the scoresheet. Billy Rendell and Rob Frost put some respect into the scoreline for Freeland but Connor Morgan wrapped things up for Siege.

Hailey A got their third win of the season, matching Siege’s scoreline as they beat Spartan Reserves. Cody Davies and Mev Gundem matched each other by scoring two goals each for Hailey and Spartan respectively. But Hailey pushed onto victory with goals from Lewis Mills, Darren Tasker and Karl Smith as Hailey moved onto nine points for the season.

Witney Royals Reserves are also on nine points, ahead of Hailey on goal difference, after a hard fought win over Faringdon Town A. Zack Ryall and Rob DeBanks both found the back of the net for Royals. Justin Yates fired home for Faringdon but they fell short of an equaliser and Royals took all three points.

Division Three
Deer Park Rangers are throwing their hat into the ring in the bid to become early contenders for the Division Three title. Another resounding win this week, at the expense of Kingham Reserves as five different goal scorers helped them to a 6-1 away win. Jack Hamblin, Chris Godfrey, Dan Squires and Jamie Horne all hit one each, whilst Cullen Angus went one better in scoring a double for the visitors. Jamey Yougerson replied in vain for the home side.
Dan Taylor’s hat-trick gave Stonesfield their first win of the season as they beat Eynsham Reserves 3-0.

Aston Reserves returned to winning ways, edging out Tower Hill Reserves in an eight goal thriller. Will Watts and Dan Jeffrey traded goals for Tower and Aston respectively. Matt Foley scored for Aston but Kevin Opare-Saforo’s brace for Tower kept them in the hunt for the points. Aston’s saviour was Aaron Robins, who thumped home a hat-trick to give Aston a 5-3 win and all three points.

Yarnton A dropped points for the first time as they were held to a 0-0 draw by Chadlington Reserves.

WDFA Match Reports - Week 4  I got you babe