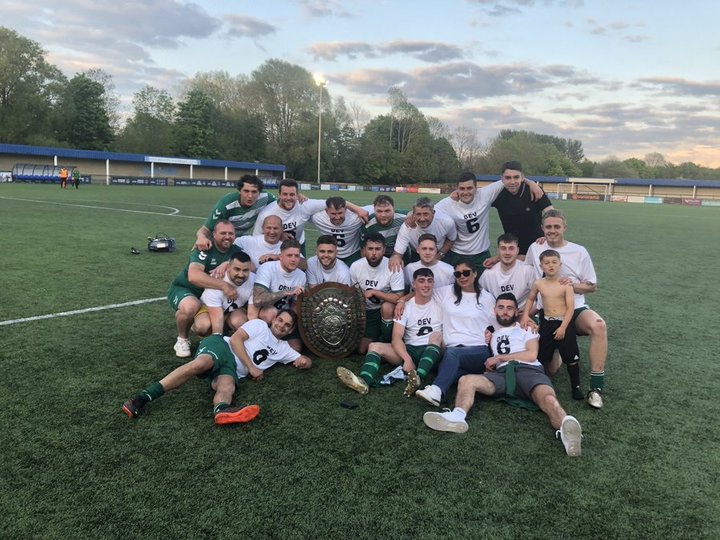 Hailey show their class to triumph

Hailey started on the front foot and so nearly took the lead in the opening minute a free kick was lifted into the box and Kieran Fallon's header struck the bar and Jack Wood was unable to turn home the rebound. But they soon made up for it, Freddie Buckingham got to the bye line and his cross was turned home at the back post by Cam Foster.
They then had countless chances to double their advantage, Nathan Kimber shot narrowly wide and Buckingham was twice denied by Scott Hathaway.

Then almost with their first meaningful attack, Bicester were awarded a penalty, LUke Turner was adjudged to have bought down a striker in the box. Paul Brown gave Cody Davies the eyes from the spot and then put the ball down the middle.

But parity was short lived, a ball across the box was controlled by Sam Britnell who curled it around Hathaway. It was soon 3 a Bicester free kick is pumped into the box, the ref went blow for a foul but waved play on, a couple of slick passes over the top and Kimber raced clear rounded the keeper and slotted home.

The start of the 2nd half was virtually Kimber v Hathaway as twice the keeper denied the Hailey striker, but Kimber then turned provider as his cross was turned home by Buckingham. It soon became 5 as Travis O'Connor pinged one in from 25 yards that left the keeper flapping at fresh air.

Hailey were now totally dominant and only the brilliance of Hathaway stopped it become a cricket score. He made another great save to deny Luke Bolley, but Hailey kept the ball alive and skipper Jack Wood turned the loose ball home.

Bicester did pull one back when skipper Hawtin, got behind the defence and slipped the ball past Davies who had been a virtual passenger throughout the half.

CLub legend Sean King then entered the fray and virtually with his first touch showed the kids how do it thumping a ball on the half volley into into the net from distance to make it 7-2 and that was the final score.

As the team stepped up to collect the trophy, Dev Wright's dad Paul joined skipper Wood in lifting the shield - a lovely gesture,