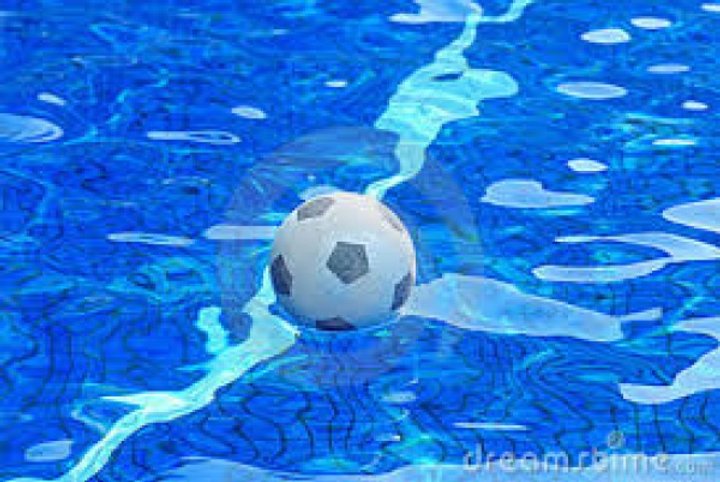 No Cupsets in Fred Ford first round

Fred Ford Cup
The weekend brought many clubs into their first cup action of the season with the start of the Fred Ford Cup. The Fred Ford Cup sees all first teams from across the divisions face off in cup knockout format. With many fixtures pitting teams from lower leagues against higher placed opposition there were opportunities for upsets to happen but the higher league teams stuck to their tasks well to move into the second round.

In terms of league placings, the fixture with the biggest gap took place between Premier Division Hailey FC and Division Three’s FC Mills. Given Hailey’s free scoring start to the season, and a league placing difference of 36, many might have expected a large score. But credit to FC Mills, who have also started the season very well, as they battled throughout and kept Hailey very honest.
Hailey took the lead through Joey Aust and the game remained at 1-0 until late on when Hailey pushed on for the win and scored late goals through Jordan Cormack and Luke Turner to win 3-0.

Despite a division separating them, there were only two league placings separating Stonesfield and Hook Norton before their first round tie. Hook Norton, who have made an electric start to the season to lead Division One, managed to get on the scoresheet through none other than Jay Mair but Stonesfield showed they are capable of another gear and their own goal scoring machine, Raffy Rice, slotted home three goals for a hat-trick, and sent Stonesfield through with a 3-1 win.

In another Prem vs Div 1 battle, Milton were a little more comfortable as they safely negotiated their way past Brize Norton. Alex Ayres was a hat-trick hero for Milton and he was well backed up by team mates Jonny Fletcher and Stephen Pearce who both scored two. Brize weren’t just making up the numbers as Joe Henry scored a brace of his own. Jon White added a third for the visitors but Lewis Dady put an eighth goal on the board for Milton as the game finished 8-3.

Bletchington had the most comfortable afternoon after they managed to thrash Sherbourne Harriers 11-1, and they had two hat-trick scorers amongst their ranks as they eased to victory. It wasn’t the best of starts for Sherbourne who found themselves behind to a Luke Webley own goal but they picked themselves up and got level thanks to Jack Daniel’s goal. After that though it was one way traffic as Jamie Hudson scored two. Joe Brewer and Michael Trafford went one better in scoring the hat-tricks and with Tom Knox and Aaron Johnson both scoring once each, they reached double figures before the 90 minutes was up.

Eynsham SSC and Charlbury managed to score eleven goals in their match but it proved to be a much closer affair, the away side eventually prevailing 7-4. Another hat-trick scorer in this game, 18 year old George Sulik, fired in three goals to get Charlbury well on the way but Eynsham pegged them back with goals from John Ayres and Chris Baldwin. Charlbury weren’t done and Jacob Hancocks and Michael Hayes scored two each to take Charlbury’s tally to seven. Ben Oates scoring a brace of his own for Eynsham to make the score line look respectable but Charlbury are safely through to face Stonesfield in round two.

After scoring the winner in the league last weekend, Rhys Woodward’s confidence must have been soaring as he fired in a hat-trick to send Spartan Rangers through, at Combe’s expense. Ten goals found the net as it finished 7-3 to Rangers. Donny Henderson-Sowerby also scored two but Combe hit back through two goals from Rory Ward and an Archie Hamilton strike. If there were any nerves they were settled by Connor Murphy and David Pryse goals as Spartan reached round two in style.

Dan Lay has reached double figures for the season after scoring a hat-trick in Kingham’s win over Cassington Rangers. After scoring four last week for the reserves, Lay marked his return to first team action with three good goals. Cassington hit back through Jason Blackman but Matt Deakin and Gaz Price steered Kingham to victory. Tyler Walker pulled a goal back for Cassington but it finished 5-2.
Toby Crammen turned from hero to villain after he scored for Bourton and was then later sent off as Bourton Rovers crashed out against fellow Division One side Bampton United. Chris Laurence hit two in reply for Bampton, only for Matt Winter to score to restore parity between the sides. Joe Paintin hit the winner for Bampton to send them through to the next round.

For the second season in a row, Carterton FC and Carterton Town A faced off in the Fred Ford and just like last season Carterton Town advanced in a tight encounter which, needed extra time to separate them. It was 1-1 after 90 minutes with John Sword cancelling out Mike Duerden’s strike. Town took the lead in the extra period through Mark Williams only for Duerden to equalise with his second. It was left to Wes Christian to pop up with the winner for Town who advance at the expense of their local rivals.

Chadlington are through after seeing off Ducklington by the odd goal in five. A Matt Chadwick brace was cancelled out by goals for Josh Hartley and George Townsend but Ethan Taylor grabbed the winner to put Chadlington into round two where they face Wootton Sports.

Wootton advanced after an epic nine goal encounter against Aston. Wootton amassed five different goal scorers in the win with Luke Ambler, Jamie Hutton, Lee Spencer, Karl Ware and Michael Steers all scoring once each. Aaron Robins (2) Nick Angus and Sam Aston replied in vain for Aston.
Will Hayes notched a hat-trick as Tower Hill eased past Siege FC. Adam Bolley hit a fourth for the home side in the 4-0 win. Tower Hill will visit Spartan Rangers in round two in one of three all Premier Division ties in round two.

Minster Lovell escaped an upset after sneaking past Witney Royals. Corey Donohue scored for Royals with Sam Wright replying for Minster. Dean Woolgar won it for the Minster Men to set up a home tie against Kingham in round two.

North Leigh and Enstone received a bye and Carterton Rangers received a walkover win against Chipping Norton Town to advance to the last 16.

Division One
In the only Division One fixture a Joe Langdon penalty was required to separate Carterton FC Reserves and Hailey Reserves. In a hard fought encounter, Langdon’s effort from 12 yards gave Carterton all three points.

Division Two
There was a reduced fixture list for Division Two due to the number of sides in the Fred Ford Cup.
Milton Reserves jumped up to fifth after a back and forth encounter with Carterton Town B. Josh Catling gave Milton the lead only for Carl Ford to equalise for Town from the penalty spot. Ford scored his second to give Carterton the lead. A crazy five minute period just before half-time saw Milton equalise and then take the lead after a Chris Godfrey goal and Dan Hooton strike after a mistake from the Carterton keeper. Town hit back early in the second half with a fine half volley from Nathan Nyenya but late goals from Woody Collett and a second goal from Josh Catling saw the game out for Milton in the 5-3 win.

Chadlington Reserves were in clinical form as they swept aside Ascott Rangers 7-2. The game was closer than the score line suggests but Chadlington took their chances well. George Slatter and Martin Plumbridge both scored two goals each with Ascott hitting back through Frank Mayne and Luke Paterman. However, an Ascott own goal and further strikes from Mauro Esteves and Jordan McElvaine finished the scoring for Chadlington.

Division Three
Five star Seb White scored all of Bampton United Reserves goals as they triumphed over Brize Norton at the weekend. Dan Sollis and Jason Hirschfield both found the net for Brize but could do nothing to stop Seb’s super performance. Bampton winning 5-2.

Another player in fine goal scoring form was Mikey Piper as he hit a hat-trick to help steer Witney Royals Reserves to their first victory of the season, over Aston Reserves. Aston got themselves into the game with goals from Danny Hambidge and Reece Waine. Royals managed to stretch their advantage with further goals from Nathan Harris, Dylan Corkish and Jai Smith to jump up the league table.

Hook Norton Reserves are still at 100% for the season after seeing off the challenge of Kingham All Blacks Reserves. A tidy defensive performance earned them a clean sheet and they marched to a 4-0 victory thanks to a brace from Mitchell Faulkner, a single goal for Dom Hemmings and a Will Wall penalty secured the three points. Hooky are second on goal difference only after a strong start.