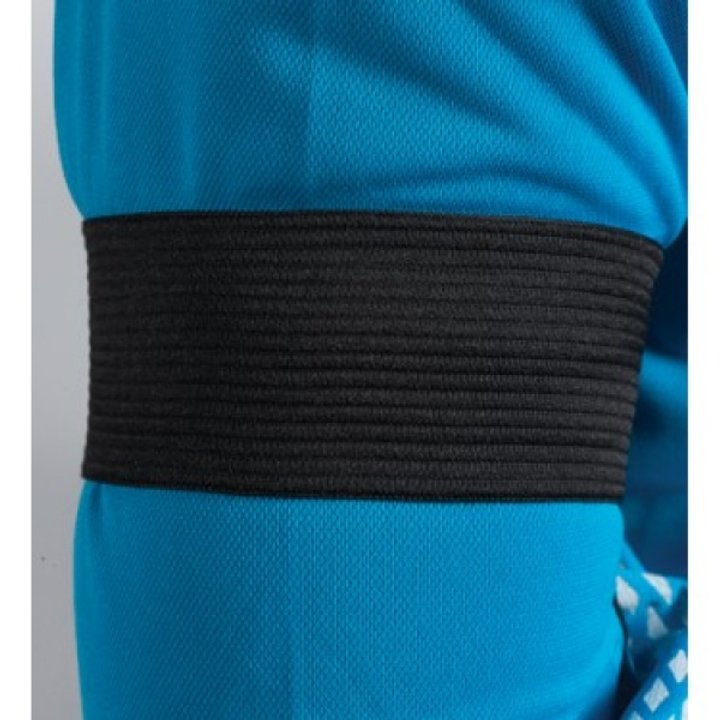 9/11 is remembered across the District[b]

Premier Division
A spectacular four-timer from Reece Bayliss helped Enstone conquer Hanborough in an entertaining encounter as Enstone started their season in style. Kev Davies scored a double and Dan King added a third for Hanborough but further goals from Jamie Gregory and Kieran Watts gave Enstone a 6-3 win.

Hook Norton suffered consecutive defeats in the league as they went down to Spartan Rangers. Max Harris scored Hook Norton’s first goal of the season but goals from Frank Clarke and Donny Henderson-Sowerby saw Spartan grab all three points in their opening league fixture.

Minster Lovell battled back from two goals down to secure a point against Milton but finished the game slightly disappointed that they didn’t take all 3 points. Alex Ayres’ second goal in as many games and Stephen Pearce had put Milton firmly in control of the tie until Rui Alves slotted home from the spot to reduce the deficit. Alves then missed a second penalty, saved by keeper Stephen Hocknell as Milton tried to hold on for all three points only for Jack Scott to steal a point for Minster in the final minutes.

Division One
Freeland are back in the Witney and District and opened their account in some style as they thrashed Brize Norton 9-0. Four different players got on the scoresheet twice, Joe Burgess, Rob Fotherby, Conor Allmond and Rob Keylock all with doubles. Danny Taylor also got in on the act and scored once to take the total to nine.

Wootton Sports made it two wins from two as they recorded consecutive away victories in the league. Bletchington were the hosts this time, who made things a bit more difficult for Wootton by scoring twice through Ben Knox and Scott Johnson but Wootton proved to be far too good for their challengers. Jared Smile scored a double to take his early season goal tally to four already and he was ably assisted by Tyla Peck who grabbed two of his own as Wootton ran out 4-2 winners.

Minster Lovell Reserves were on the right side of a five goal encounter with Witney Royals to maintain their 100% start for the season. Alex Stubbs scored a cracking goal to open his account for Minster this year but Royals hit back through Robbie Cockroft. Ben Davies scored again for Minster but Royals it back again through Zack Ryall but Ryan Colleton scored a third goal to break Royals’ resolve and win 3-2.

Division Two
Duck started their Division 2 campaign in great style showing why they will be one of the promotion favourites with a 7-2 dismantling of newly promoted Hook Norton Res. They opened the scoring within ten seconds scoring without a Hooky player touching the ball, Lewis Bartlett eventually putting Harvey Butler in on goal and he slotted past Thomas Lane. But Hooky soon hit back and a defensive mistake gifted the ball to Mitch Faulkner and the Hooky Striker needed no second invite to score from ten yards.

In a frenetic opening, Duck were soon back in front, when Butler crossed for debutant Jamie Harris to collect the ball and rifle home from the edge of the box. But again Hooky were soon level, Damien Corbin was put through on goal but was and denied by Tom Shore but Ashleigh Booth reacted first to score the rebound, The pace showed no sign of slowing down with a couple of meaty challenges in the midfield before Harris added his second and Bartlett who had already had two close efforts made it 4-2 just before the interval.

In the second half Duck made their aerial presence felt from corners, firstly Josh Hartley hooking the ball home after Tom Costley’s knock down, then Costley himself powered home the sixth with a trademark header. In between the goals, Hooky lost keeper Lane with a dislocated finger. Will Wall, who had come off injured earlier was forced to go between the sticks and produced a number of fine saves to keep the score down. The game finished as it started with Butler again on the end of a through ball and slotting home at the far post. Hooky were missing a few key players and will probably think themselves unlucky coming up against a rampant Duck side, who if they continue this form will be very hard to beat.

Levi Cox’s third and fourth goals of the season were enough for Fratellos to make it consecutive victories for the new division two outfit. Cairo Cuss scored Aston’s response to keep the early league leaders honest but it finished 2-1.

Siege FC managed to withstand a Combe onslaught to come away with a very hard earned three points in their first game of the year. Combe dominated possession and territory but could not find a way past the steadfast Siege defence. Siege, who only had a total of three shots during the ninety minutes made one of those count as Gez Morgan fired home the only goal of the game to give Siege a 1-0 win.

One more new team, another one goal victory as new boys RAF Brize Norton Social took victory on their maiden outing. A first half Sean Clerkin strike was all that was required to secure the win against Cassington Rangers who are still looking for their first win of the season.

Division Three
An end-to-end breathless thriller took place at Eynsham as Eynsham SSC hosted Wootton Reserves. Wootton took an early lead through Chad Blackman but Eynsham fired in three quick goals in reply to take control of the game, Lewis Wild scoring for the second week in a row, with two goals from Chris Baldwin, giving Eynsham a decent 3-1 half-time lead. Early drama in the second half saw Wootton reduced to ten men as their keeper was sent off for giving away a penalty.

To rub salt into the wound, Wild dispatched the penalty to increase Eynsham’s advantage. Any thoughts of an easy finish for Eynsham quickly evaporated as Wootton scored the game’s sixth goal through Dan Bourton. As the clock ticked to seventy minutes, Eynsham found themselves on the receiving end of a red card as another penalty was awarded for handball on the goal line.

Dan Bourton doubled his goal tally by slotting the penalty home to make it 4-3. It stayed that way until the 88th minute where Simon Stokes was on hand to equalise for Wootton and send the away side into rapturous celebration. The clock ticked past ninety and just as it looked as though the points would be shared, Baldwin was the right man in the right place at the right time to complete his hat-trick and steal all three points for Eynsham.

Another team scoring five for victory were Faringdon Town A but they had things much easier than Eynsham as they beat FC Mills 5-1. Richard Evans is finding life very fruitful in division three as he scored a hat-trick to make it seven for the season, so far! Robbie Harrington is also enjoying life in front of goal as he scored his third goal of the season and Adam Bird added a fifth for the hosts. Visitors FC Mills scored a consolation goal through Aaron French but that was as good as it got.

Brize Norton Reserves battled valiantly with ten men for a whole ninety minutes but lost out by one goal in their visit to Leafield. With only ten players available Brize fought hard against their numerically advantaged opponents but found themselves two goals down at half-time thanks to efforts from Gabriel Menezes and Benjamin Barbosa. Into the second half and Brize got back into the game.

Pete Moore’s low drive took a horrible bounce in front of the keeper and flew over his crouched shoulders and into the back of the net. It only took 3 minutes for Leafield to regain their two goal advantage, Guilherne Silva dancing through a myriad of legs in the box and nudging the ball into the far corner. With 3 minutes left to play, Brize once again reduced the gap to one as Lee Litton bundled the ball into the back of the net but the game finished with Leafield narrow victors.

Hailey A have already scored eleven goals this season after they put six past Milton Reserves. More goals again this week for Craig Greenhalgh as he got two. Ryan Holmes, Curtis Hathaway, Dan Readin and Will Lyne all scored one apiece as Hailey won 6-0.

Division Four
Hatherop Reserves made light work of pre-season favourites Stonesfield Reserves as they stormed to a 6-0 victory. Having been given a big scare last week by Aston Reserves fightback, Hatherop made sure not to make the same mistake twice, and defended well to keep a clean sheet. James Head scored a hat-trick to grab the headlines but he was well supported by Rob Stewart and Chris Saunders grabbing their first goals of the season. Mani Rawanawa hit the net for the second week running to complete the scoring and send Hatherop clear at the top.

Five different goal scorers hit the net for Witney Royals Reserves as they also scored six in defeating Leafield Reserves. Aaron Court fired in a thunderous strike inside six minutes but for most of the first half, both sides were wasteful when finding themselves in front of goal. That all changed in the 34th minute when Elliot Major raced through onto a through ball and poked the ball past the keeper for a 2-0 lead at half-time.

Leafield started much better in the second half and could have had three goals in the opening 20 minutes. Royals keeper Sam Taylor was in inspired form as he saved from two Leafield strikes and reacted well to prevent an own goal after a deflection off Court inside his own box. As Leafield tired Royals gained more territory and possession but it took until the 84th minute to grab the third, Luke Colville sweeping in a wonderful strike from the edge of the box. In the last 5 minutes Kyle Grimmet and Nathan Harris also scored, with Major grabbing his second to complete the scoring.

Aston Reserves bounced back from last week’s disappointment with a good win over Carterton Town FC. Jack Chaundry scored two to take his tally to three for the season with Tyler Webster responding for Town, also scoring in consecutive weeks. Andy Partlett did grab a second for Town but Neil Cooley’s hat-trick was Aston’s saving grace as they came out on top with a 5-2 win.

Five goals scored in the match between Faringdon Town B and Freeland Reserves with Freeland winning 4-1. Ben Edmond scored for Faringdon but Freeland posted four different scorers in the first win of the season. Connor Smith, Tyler Castle, Jerome Carbon and Sam Blantz fired home once each for all three points.
Five goals also in the game between Spartan Rangers A and Kingham Reserves but a slightly tighter affair in this fixture.

Will Watts’ brace kept Spartan competitive but Kingham went one better thanks to goals from Brad Smith, Dan Lay and Liam Barnes.