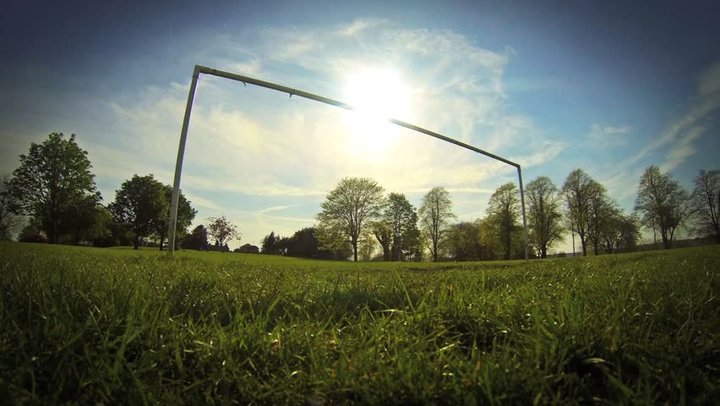 Fred Ford Cup
The first round of the Fred Ford cup took place at the weekend with an astonishing 81 goals scored in the 12 fixtures that took place on Saturday afternoon.
Only one of the twelve fixtures required extra-time and a stormy affair between Tower Hill and Enstone saw more than its fair share of the action for its 120 minute duration. It was drama all the way through as Josh Hunt scored for Enstone only for Jack Holifield and James Scott to score for Tower Hill to give them a 2-1 lead. Enstone missed a penalty and were reduced to ten men after one of their players were sent off but it didn’t stop them pursuing an equaliser and in the last minute Andy McCabe scored to take the game into extra time. The drama continued as the first period of extra time came to a close when Tower Hill scored again to take a 3-2 lead. Enstone then found themselves in trouble with the referee once more as two of their players hit the sin bin at the start of the second period. Tower Hill made their three man advantage pay as James Scott completed his hat-trick to send Tower Hill through to the next round.
Two games saw 13 goals scored each. Wootton Sports can claim the award for scoring the most goals as they put eleven past Sherbourne Harriers. Craig Gilboy and Lee Spencer both scored four times each with Michael Steers (2) and Luke Leggett also hitting the net in the comprehensive win. Josh Betteridge replied for Sherbourne Harriers but it was the scantest of consolations in the 11-2 defeat.
FC Ascott Rangers and Hook Norton also accumulated 13 goals but it required a strong second half performance to guarantee the win for Hooky. A spirited first half performance from Division Four’s Rangers meant that it was only 4-2 at half time but Hooky hit six goals in the second half to eventually win out 10-3. Goal machines Jay Mair and James Ingham both scored four each for victorious Norton, with Max Green and Harry Prickett scoring one each. Josh Morgan and Chris Brooksbank (2) scoring plucky Rangers’ goals in return.
The biggest overall winners also scored ten and managed to keep a clean sheet in the process as Premier Division Milton thumped Division Two’s FC Mills. Dan Hooton was another man with hat-trick credentials to his name after scoring three of Milton’s goals. Stephen Pearce and Jim Littlewood scored a brace each and William Collett and Alex Ayres scored one each. An FC Mills own goal compounded their misery as Milton raced into round two where they’ll face Tower Hill.
Chadlington and Ducklington played out an eight goal thriller as the Division One outfit just avoided an upset. Charlie Fisher, Tom Costley and Ed Smith all scored one each for Ducklington as Chadlington squandered the lead on three separate occasions but eventually won out as 5-3 winners thanks to Rocky Burton, Alfie Peachey, Jay Webb, Jacob Hazelwood and Matt Chadwick.
Another game involving eight goals, but this time much more one sided, saw Carterton Town A defeat Kingham 7-1. Carterton started fast and were 3-0 up inside twenty minutes and a fourth followed before half-time. The second half continued in the same fashion as Town hit three more. Dan Davies scored Kingham’s sole response in the second half but Carterton won through, thanks mainly to Alex Bradley’s hat-trick. Dave Wanless, Tom Mackenzie-Fenwick, Kyle Drummond and Alex Smith scored Carterton’s other goals.

Winning by six goals was a Carterton theme as Carterton FC followed their local rivals’ suit by winning 6-0 away to Chipping Norton. They managed their victory with doubles from Tommy Burns and Jacob Hughes as they did most of the damage against their Division Three opponents. Nick Rose and Carl Austin scored one each in the away victory for the Premier Division side. Carterton host Carterton Town in the next round as a reward for their respective victories.
There were further wins for fellow Premier Division sides Charlbury and Stonesfield. Charlbury showed their class by safely dispatching Division Three pacesetters Bletchington. Sam Stitch followed on from his Junior Shield hat-trick last week to score once again. Michael Hayes also scored one and Tom Robertson helped himself to two in the 4-0 win.
Stonesfield overcame Siege FC 2-0 to enter the hat for round two. Carry Rice and Nick Higgs netted once each for the home side.
Brize Norton supplied the big upset by comfortably dispatching Spartan Rangers. The Division Two side had no issues in facing their Premier Division opponents as they came away with a 3-0 win. Ben Brown slotted home from the spot and Jake Farrugia finished a fine team goal which started with the Brize keeper in possession and finished with the ball in the back of the net. Spartan battled hard but couldn’t find a way through and victory was complete when Shaun Rawlings found the net in the second half to put Spartan away for good. Brize are rewarded with an away trip to Charlbury in round two.
Another upset in the round saw Division Four’s East Oxford Rangers beat Division Three Aston by the odd goal in five. Nick Angus and Lee Keyes scored for Aston but Rangers went one better thanks to Cody Senior, Nick Edwards and Lewis Smith.
Corey Donohoe and Luke Rippington have discovered a habit of scoring in the same games as they both hit the net for the third game in a row. Ryan Harris joined them on the scoresheet as Witney Royals progressed into round two with a 3-0 win against Eynsham SSC.

It may not have been a cup game there was still an upset on the cards in Division Two as previously undefeated Carterton FC Reserves lost to Charlbury Town Reserves. Nothing against Charlbury Town Reserves but given that they started the game with ten men would have put the odds against them, facing a side boasting a 100% record and a healthy goal difference. But face them they did and even with only ten men on the pitch they took the lead and things only got better when they eventually got their full complement of eleven players as they pushed on to score two more in the 3-0 win. Damien Corbin and Mitchell Faulkner’s brace was enough to give Charlbury their first league win of the season and inflict Carterton’s first defeat of the season at the same time.

Kingham All Black Reserves won the only game in Division Three as they defeated Wootton Sports Reserves by two goals to one. Mark Mumford scored for Wootton but Liam Barnes and Ben Gibbons bagged one each for Kingham to make it two wins from two in the league.

Hailey A did their goal difference the world of good in thumping Spartan Rangers A 6-0. Moh Semlali kept up his incredible run of scoring in every game that Hailey A have scored in this season by popping in two and he was matched by Cody Davies as he also grabbed a brace. Kieran King and Henry Macke scored one each to complete the scoring for rampant Hailey.
Brize Norton Reserves scored four, through four different goal scorers in claiming their first home win of the season. They defeated Bampton United Reserves 4-1 thanks to efforts from Jason Hirshfield, Richard Duffy, Ciaran Clarke and Dan Sollis.