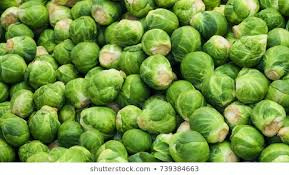 The Christmas break is well and truly over and the start of a new decade brought a bumper set of fixtures. 34 teams participated in the 17 games which amassed an astonshing 85 goals across the leagues. Over indulging on brussel sprouts, turkey and alcohol doing little to slow down the players of the Witney and District.

Carterton FC moved into top spot in the Premier division with a hard fought 1-0 win over reigning champions Charlbury Town. In a game of few chances it was Carterton who started strongest before Charlbury grew into the game. The second half was following the same template as the end of the firsthalf with both teams working hard to score but Craig Mays proved to be the difference maker as he capitalised on a loose ball in the Charlbury box and fired into the roof of the net. Charlbury worked hard to find an equaliser but it wasn’t to be and Carterton made it five from five as the final whistle blew.
Carterton find themselves top after Stonesfield slipped up in the battle of the promoted sides, against Milton. Alex Ayres struck for Milton but a Raffy Rice double had looked to give Stonesfield all three points. But Dan Hooton had different ideas and equalised for Milton in the final minute to give each side a share of the spoils.
If Spartan Rangers’ New Year resolution was to win more matches then it payed off in the first weekend. Three different goal scorers combined to help record a 3-0 victory over Minster Lovell. The victory, their first since the 14th September, helped them leapfrog their opponents in the league. David Pryse, Mitch Constable and Charlie Waite all scoring once each in the comfortable win.

In the absence of a fixture for table topping Minster Lovell Reserves, it was left to Enstone and Hailey Reserves to see if they could keep up the pressure as part of the chasing pack, and they duly obliged.Cody Davies scored a wonderful header to score the only goal of the game as Hailey Reserves defeated Bourton Rovers 1-0. The victory keeping the winners safely in third place.
Enstone romped past bottom of the table Middle Barton with a 7-1 rout. There were three Botts on thescore sheet as Nathan and Dan both scored a brace each. Connor also scored one along with Andrew McCabe and Kieran Watts to complete their scoring. John Umney grabbed a mere consolation for Middle Barton in reply.

Lee Spencer hammered home a four-timer as he went on a one man mission to secure three points for Wootton Sports. They faced off against Siege FC and in a closely battled first half, Wootton broke the deadlock on the stroke of half time to go in 1-0 ahead. Siege folded in the second half as Wootton rolled in another four goals to complete the 5-0 thrashing. Michael Steers scored Wootton’s fifth along with Spencer’s haul for Wootton’s third league win of the season.
Carterton FC Reserves surrendered a two goal lead and dropped two points in their pursuit of Hook Norton as they could only manage a 2-2 draw with Ducklington. After a goalless first half Joe Langdonand John Andrews both found the back of the net to give Carterton the advantage but Ducklington hit back through Harvey Butler and Charlie Fisher to restore parity and that’s how the game finished.
Brize Norton took the opportunity to jump Carterton in the league as they managed to beat Eynsham SSC. Andy Stratford scored a double for Eynsham but was cancelled out by Adam Davis who scored a double in return for Brize, taking his tally to 10 for the season. Jake Farrugia and Dan Laverton both scored one each to further Brize’s advantage and it finished 4-2 as Brize climbed into second place in the table.
Charlbury Reserves also recorded a 4-2 victory and leapfrogged their opposition as they managed to overcome Spartan Rangers Reserves. Rangers would have hoped to close the gap on the league leaders and scored through Donny Henderson-Sowerby and Dave Cross. But Charlbury had other ideas and hit back through Dom Hemmings’ brace. Mitchell Faulkner went on to hit his eighth and ninth goals of the season as he scored his own double and secured victory for Charlbury.

Bletchington are a second table topping side to preserve their current 100% record after safely dispatching Chadlington Reserves 5-0. Mark White, Tom Knox and Mason Connelly all scored once each for visiting Bletchington. Division Three top scorer Richie Wells scored a brace to finish off the scoring to make it eight wins from eight so far this season.
Aston remain six points behind the leaders after scoring five in victory themselves against Kingham Reserves. Aston didn’t have it all their own way after Kingham scored through Jack Lay and Gaz Price. Aston hit back with five different goal scorers though to secure a 5-2 victory and remain second in Division Three. Nick Brown, Aaron Robins, Nick Angus, Lee Keyes and Tom Morgan earning the three points for Aston.
FC Mills moved into third position after securing their fifth home win of the season against Bourton Rovers Reserves. James Rogers, Pete Long and Steve Carvey all scored once for Mills, with Ben Hoare adding a fourth from the spot. Ollie Sammons replied for Bourton in the 4-1 reverse, also from the spot, but proved to be nothing more than a consolation.Stonesfield Reserves remain in the bottom two after succumbing to defeat against Wootton Sports Reserves. Eoin Burns scored for the Division Three strugglers but Wootton took control of the game thanks to efforts from Thomas Todd, Chris Stewart and Jacob Cooke, eventually winning 3-1.

Josh Clarke hit a four timer as East Oxford Rangers continued to march on at the top of Division Four with victory over Spartan Rangers A. Jason Blackman still had chance to record his nineteenth goal ofthe season as he scored a brace despite coming off injured in the twenty fifth minute. Lewis Smith, Shaun Rowbotham, Gareth James, Nathan Prestidge, Nick Edwards all scored one each in the 11-1 win, Rangers become the first side to score fifty goals in the league this year. Ethan Barret scored Spartan’s consolation.
Milton Reserves are still within touching distance of Rangers after beating Brize Norton Reserves despite playing over 70 minutes with only ten men. Ashley Armitage was sent off by the referee with three quarters of the game remaining but Milton still managed to win 2-0 thanks to goals from George Ford and Pip Benfield. Milton still boast a 100% record in the league and can still catch Rangers due to their games in hand. FC Ascott remain pointless after
Hailey A stormed to a 7-0 victory over their opponents. Six different goal scorers found the back of the net in the win, which takes Hailey A third in Division Four. Joey Aust was the only one to score two with Richie Eastaff, Henry Macke, Ash Mills, Tom Deaney and Karl Smith all scoring one each.
Bampton United Reserves and FC Ascott Rangers played out a five goal thriller in a close encounter. Chris Brooksbank and Marshall Balmer had given Rangers hopes of some points but Bampton went one goal better thanks to Joe Paintin, Jordan Ford and Connor O’Shea, Bampton winning out 3-2.

Leading Scorers  Here are the top scorers in the divisions