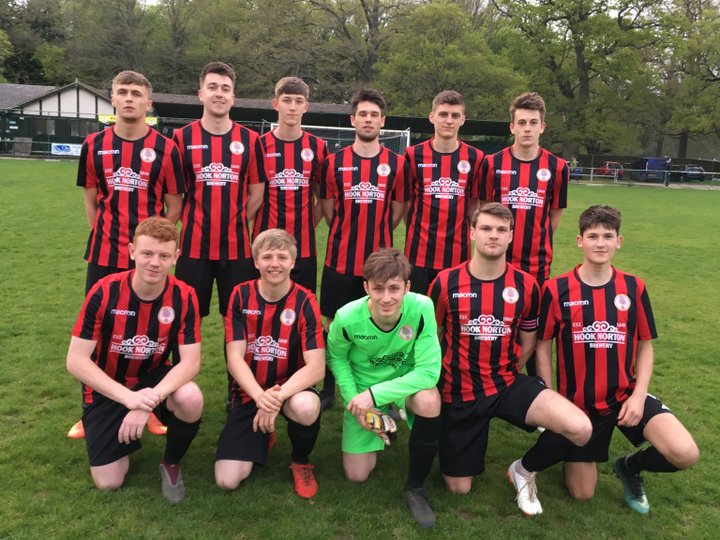 In their first season back in the WDFA Hook Norton defeated Wootton 4-1 to lift the Supplementary Cup.
On paper there was little to match the two sides, they are level on points in the leaague and had each won one of the league games.
Hooky made the early running in front of a big crowd approaching 200 at North Leigh. Ben Morbey picked up a knock down from a corner but poked it over the bar and then from the next corner, leading scorer Jay Mair, saw his volley land closer to nearby Eynsham Hall than Ashton Hastie's net. They took the lead half wat through the half, Ben Haynes made a great run down the right flank and his cross was superbly volleyed home by James Ingham.
Wootton then gained a foothold in the game, Michael Steers started to dominate the midfield, but for all his craft and guile, he was unable to find a killer pass.
Then on the stroke of half time, Hooky doubled their lead, it was Haynes again in the thick of the action, his cross alluded everyone in the crowded penalty area and nestled in the bottom corner of the net.

Wootton came out of the traps quickly in the 2nd half, dominating possession, a free kick on the edge of the box was wasted but the loose ball fell to Steers and his goalbound effort was athletically turned over by Harry Prickett. But they were then hit by a slick counter attack, Adam Hemmings exquisite through ball found Mair whose shot was saved by Hastie, but Ingham was on hand to slot the rebound home.
Wootton were not done however, Karl Ware, saw his goalbound effort blocked on the line with Prickett beaten and then Lee Spencer slipped in Karl Gustacha and he beat the advancing keeper. They almost made it 3-2 seconds later, Steers free kick was narrowly headed wide from close range by Callum Davis-Allen.
The game was sealed in the final minute, Haynes was bought down in the area and he picked himself up to score from the spot.
The final whistle prompted great scenes from the large Hooky crowd. All credit to Wootton who played their part in an entertaining final, but the better side triumphed on the night. 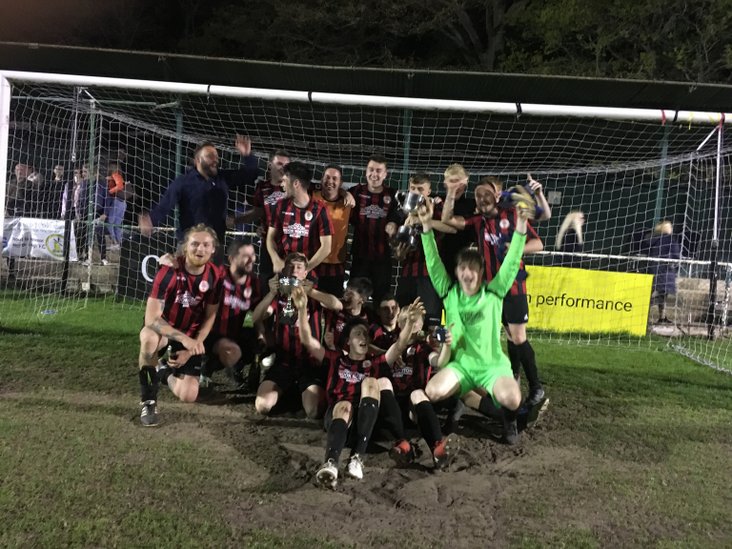 Ref of the Year  Top Man in Black