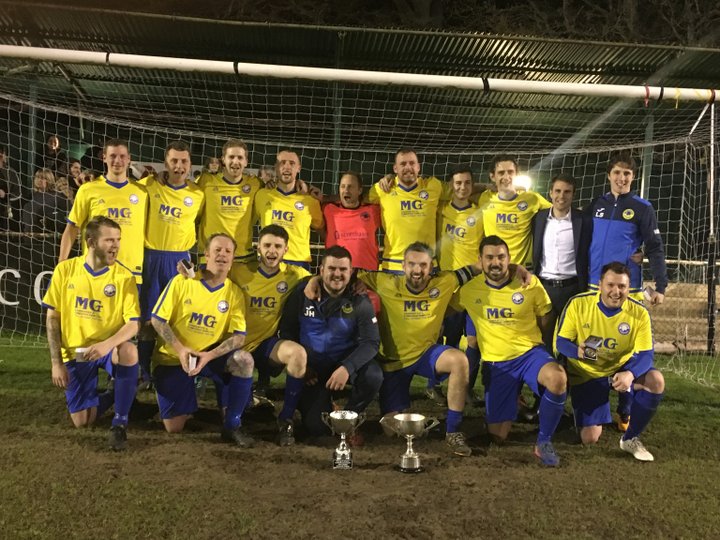 Spartan Rangers defied the odds and lifted the Jack Busby Cup in dramatic fashion beating Bletchington Res 4-2 in fornt of a crown of around 200 people at North Leigh.

The opening was very cagey with neither side able to create any clear cut chances, Chris Fennell for Bletch and Spartan’s Ben Allan saw efforts easily saved and go over the bar. Spartan took the lead on 25 mins, Dave Pryse chased down a ball that appeared to be drifting out for a goal kick, he looked up and picked out Ben Hardcastle at the back post as his powerful header flew in. This was he last contribution as he was injured in the next tackle and was replaced by Scott Mason. Skipper Tom Knox almost levelled for Bletch a few mins later, his cross sailed over the defence and just crept past the far post, with keeper Gary Williams struggling.
Then in the final minute of the half, Spartan were reduced to 10 men, Pete Jenkins was grabbed by his shirt and for some inexplicable reason kicked the Bletch defender in the chest, leaving ref Cliff Grove, no option but to show him red.

Bletch started the second half as you would expect, but for all of their possession, they did not create a chance to worry Williams. Against the run of play, Spartan doubled their lead thanks to a fine individual goal. Pryse, picked up a ball 40 yards out and drifted past a couple of tackles. He then skipped past one more, before prodding the ball past Sam Sweeney in the goal. Bletch then pushed up chasing a comeback goal and were hit on the counter a long ball saw Mason run through and lift the ball over the hapless keeper. 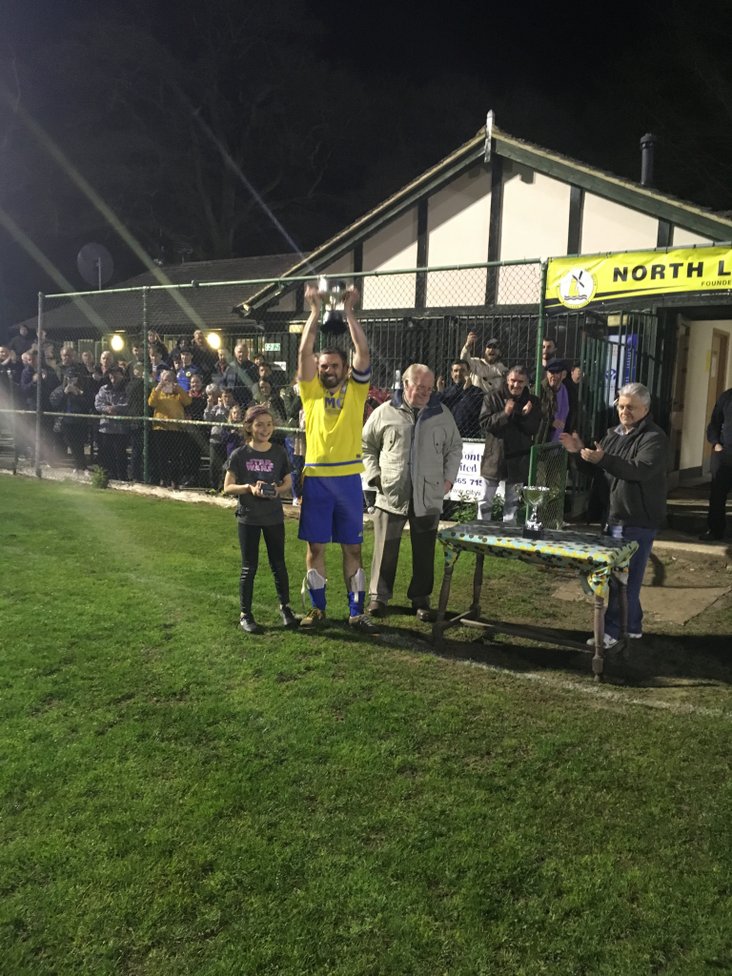 This should have been game over, but Bletch had other ideas. Mason Connelly won a 50/50 ball on the edge of the box and thumped a ball that was past Williams before he has time to react. Two minutes later it was 3-2 Chris Fennell pouncing in a loose ball and hooking the ball over his shoulder into the net. Bletch were really flying now and were so close from levelling, Knox free kick was inches away from the on rushing Luke Brennan with the goal at his mercy. Then in the final minute, Bletch had another free kick the whole team were in the box and Dan Willoughby’s goal-bound effort was headed off the line by Jaime Timms. Spartan broke with pace, Cody Davies saw his shot saved, but Allan was on hand to bang in the rebound and seal Spartan’s victory