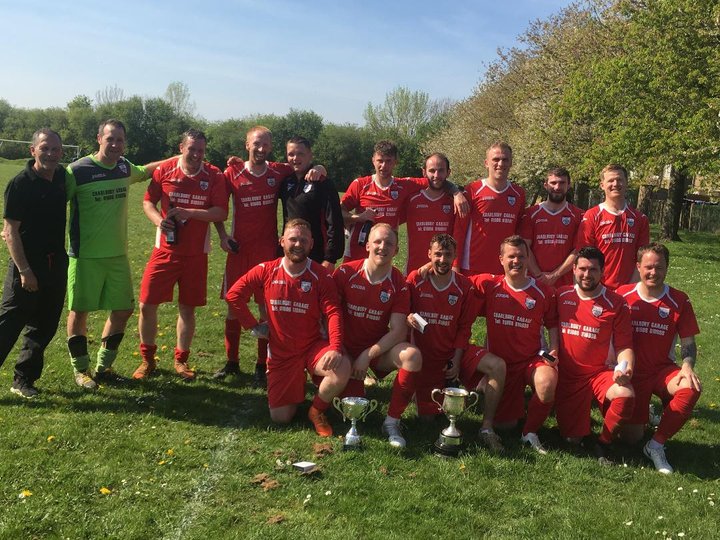 Charlbury and Stonesfield both lift titles

Charlbury lifted the Premier Division title in dramatic fashion after defeating nearest rivals Hailey 4-2.
Hailey knew that they had to win to keep alive their title hopes and they took an early lead, Cameron Foster made a great run down the right and his superb cross was turned in by Nathan Kimber. Hailey dominated the rest of the first half and long ball's over the top were causing Charlbury all sorts if issues, Jack Wood got on the end of one such ball, but his lob over Sean Akers drifted harmlessly wide.
Charlbury changed things around at the start of the 2nd half and they dominated and wasted a number of chances, Tom Williams screwing an effort wide, Warwick Tompkins saw his goalbound effort hit Craig McCallum and McCallum saw his header come back off a defender on the line. The equaliser was always going to come and it was Stefan Lang who scored it, latching onto a loose ball and thumping the ball home. One soon became two a long throw was flicked onto the bar by Dan Newman and Tompkins headed the rebound in from a yard.
Hailey had barely got into the Charlbury half, but they somehow got level. Kimber, evaded two tackles and his shot from the edge of the box, snuck past Akers at his near post.
As we entered the final 10 minutes, both sides were going for the win. And it was Charlbury who grabbed the lead, McCallum's free kick was met by the head of sun Tristan Lang and the ball nestled in the bottom corner. Charlbury sealed the victory in the final minute, Williams was bought down in the box and McCallum scored from the spot to spark the celebrations and ensure Chrlbury's first title since 1984/85 season. 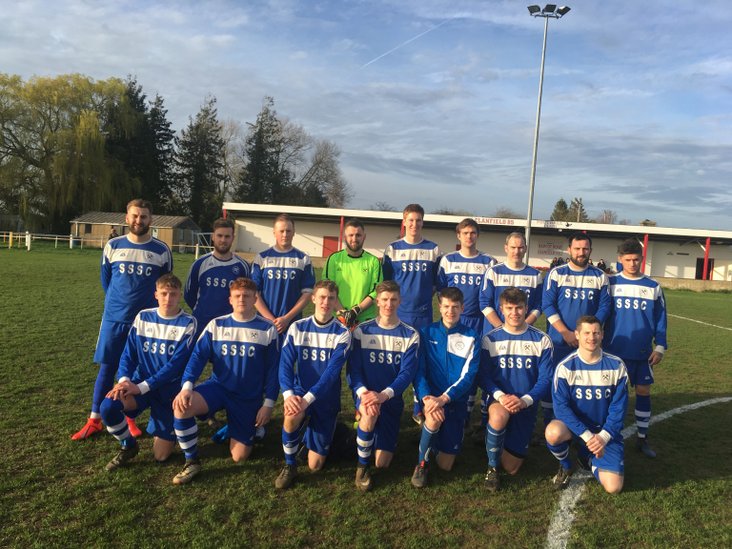 The task facing Stonesfield was not so tough, avoiding defeat against a Middle Barton side that they had beaten twice already this season
Talisman Reece Rayliss returned to the side after a couple of weeks out of action. And it was him who made the difference scoring twice in their 3-0 victory. The third goal came courtesy of a Jack Fowler own goal.

The second promotion spot is now down to a straight fight between Milton and Moreton Rangers. Milton defeated Eynsham SSC 6-0 and in doing so condemned Eynsham to Division 2 football next season.
Dan Hootton lead the way with a hat trick, Jim Littlewood bagged a brace and Lewis Dady the last.
Milton and Moreton play each other over the next two weekend and Milton have to win one of the games to ensure Premier Division football for the first year for many seasons.

In the days other games, Bampton defeated Combe 5-1. Chris Laurence took his season goal total to 16 with a double. There were other goals for Dan & Joe Paintin and a first for the season for Fraser Cooper. Jon Chapman replied for Combe.

Kingham and Witney Wanderers both finished their season in the West Oxon sunshine with the home side running out 4-2 winners and confirming the runners-up slot.
There were 2 goals for Dan Davies and 1 apiece for Will Wall and Tom Edgerly. The evergreen Ben Border added a pair for Wanderers.

Promotion and relegation issues were all decided in the two games in Division 3.
4th placed Wootton had to win their remining two games to clinch 2nd place, but they went down 6-2 at Bourton Rovers Res. Jack Souch scored a hat trick (his first goals of the season) to add to strikes by Galpin, Will Wrenn and Gary Joynes. The Wootton double act of Spencer and Steers were again on target.

Tower Hill Res are relegated after they failed to beat Hook Norton, going down 8-4 in a goal fest at The Bourne. There were hat tricks for James Ingham and Ben Haynes. Jay Mair scored his obligatory goal to stay 1 behind Lee Spencer in the golden boot tally. Harry Prickett added the last. For Tower Jamie Harris bagged 2 and there were 1 each for Jesse Lawrence and Josh Carter.

 Ref of the Year Top Man in Black